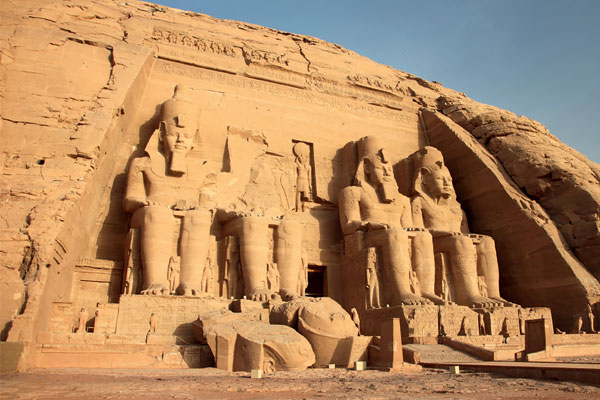 There’s plenty of life left in the tombs and temples of ancient Egypt, finds Rachel Roberts.

The joyful scenes outside Abu Simbel temple are reminiscent of a festival. Though it’s barely dawn, whirling Sufi dervishes spin themselves into a devotional trance, Nubian dancers from the local village clothed in brilliant blue robes perform traditional stick dancing, and girls from Aswan with hypnotic green eyes shimmy and shake to a never-ending drum beat.

There are perhaps a couple of thousand tourists milling around, here to see a natural phenomenon that occurs only twice a year in this part of Egypt. The expectant crowd – which includes a fam trip group of Insight Vacations’ top-selling agents – is excitedly awaiting the event.

From Aswan – one of the stops on the operator’s Wonders of Egypt tour, which covers many of the country’s most important ancient sites – we’d taken a 40-minute flight leaving at 3am, to arrive in time. 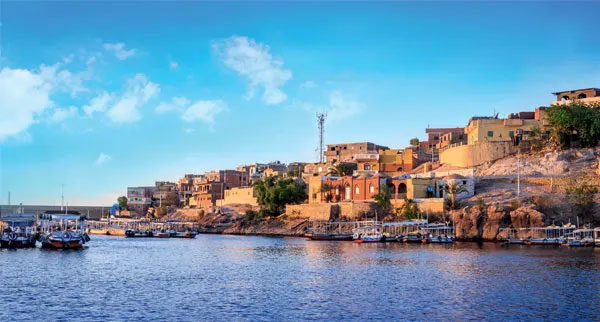 As the sun begins its ascent into the sky, our enthusiastic travel director and qualified Egyptologist, Hazem Khalaf, gives us a quick history lesson. Originally discovered by Giovanni Battista Belzoni in 1817, the Grand Temple – cut into a solid rock cliff – was built by Egyptian pharaoh Ramses II in 1274BC. The pharaoh is one of four jaw-dropping seated colossi who guard the entrance.

“Unesco relocated the entire temple in the 1960s to save it from the waters of the Nile.”

Nearby, the Small Temple celebrates Queen Nefertari, the favourite wife of the Egyptian king. What makes this site even more remarkable is the fact that Unesco relocated the entire vast construction in the 1960s to save it from the waters of the Nile, while preserving the true purpose of the temple. The Egyptian architects built it with a spectacular solar ‘show’ in mind to pay tribute to their gods. On February 22 and October 22, the sun penetrates the inner temple, buried 60 metres deep inside, to illuminate the face of a smaller version of Ramses II. He is seated beside a trio of ancient deities also worshipped by the Egyptians.

Peak viewing time for the event is between 6.30am-7am, although claustrophobic visitors might decide they can’t face running the fairly narrow gauntlet to witness the exact moment the sun strikes the Pharoah’s face. No matter; it’s an electrifying introduction to the ingenious prowess of ancient Egypt’s architects, highlighting their advancements in the fields of astronomy, sculpture, engineering and planning, all of which would become clear as we toured Egypt’s most spectacular sights. 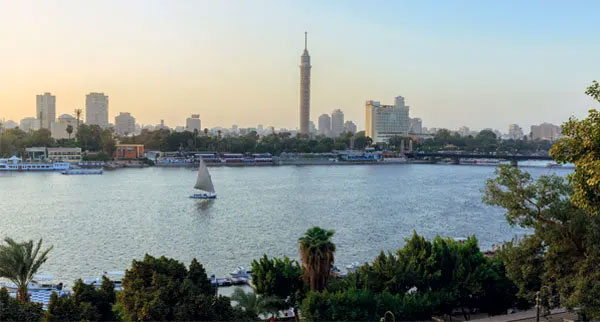 As you would expect from a capital city that is home to around 22 million people, Cairo lives life at a frenetic pace. And while navigating the congested highways of the sprawling metropolis can test your patience – as you crawl along seemingly at a snail’s pace – it does offer a great overview and opportunity to get orientated.

“This is the site of the Great Pyramid, with its cloud-grazing 146-metre apex and the majestic Sphinx.”

That’s a definite selling point for an escorted tour here – clients are cocooned in air-conditioned coaches and have no logistics to think about, which can be a challenge for the less confident traveller. In fact, drivers here are so used to minor scrapes in the traffic that they’ve coined a phrase for it: ‘The Cairo Kiss’.

However, present-day traffic tussles melt away when we approach the west bank of the Nile and spy our first glimpse of Giza. This is the site of the Great Pyramid, with its cloud-grazing 146-metre apex and the majestic Sphinx; two iconic emblems of antiquity. But another surprise is just how close to the city the complex of ancient tombs (six in total) is. It’s virtually a stone’s throw from Cairo’s high-rise apartment blocks and the thrum of everyday life. 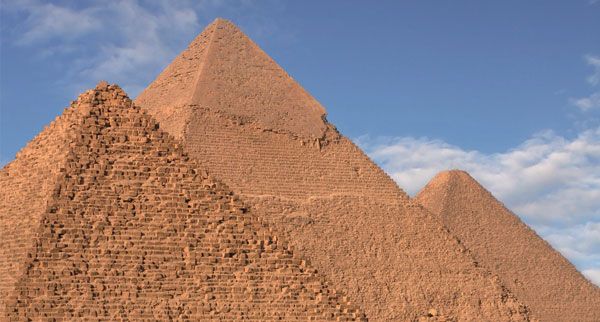 Just as the ancient Egyptians relied on the waters of the Nile to sustain all life, the tourist industry is essential for their survival today. The 2011 revolution, combined with a series of terrorist attacks, decimated visitor figures between 2011 and 2015, but signs are promising that the industry is slowly recovering. Around 8.3 million visitors were recorded in 2017 – nearly double those in 2015 – and officials are optimistic the upward swing will continue, despite another terrorist incident in December last year.

The stringent security measures offered by escorted tour companies are another strong selling point. These include docking areas secured by police 24/7, plus a strict boarding pass system and metal detectors on cruise ships. On a government level, a security guard will accompany groups of more than 10 and remain on the coach at all times, plus the main tourist sights are heavily policed.

“There isn’t enough room for the treasures to really shine and we quickly felt overwhelmed, so the new museum will be a welcome addition.”

Hopes are high that a major new billion-dollar attraction, the Grand Egyptian Museum, will put Cairo firmly back on the tourist map. Slated to open this year, the impressive modernist glass construction is being hailed as the largest archaeological museum in the world.

For now, there’s the Egyptian Museum of Antiquities, which houses 120,000 artefacts, including the Royal Mummy Room and the gold bed of King Tutankhamun, the ‘boy’ pharaoh. However, there isn’t enough room for the treasures to really shine and we quickly felt overwhelmed, so the new museum will be a welcome addition. 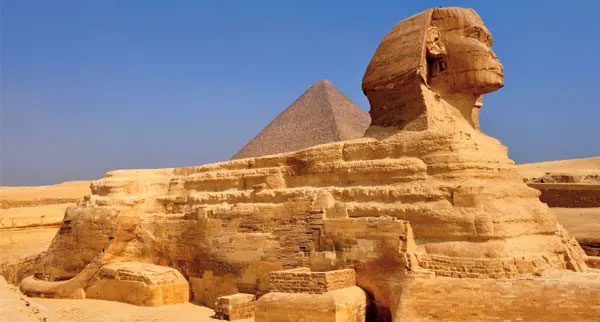 The ancient pharaohs could never have guessed that the Valley of the Kings on Luxor’s west bank – the burial site of 62 important rulers of the 18th, 19th and 20th dynasties – would one day be worshipped not by their loyal subjects, but by tourists keen to witness the many treasures found on the site.

You could easily spend a full week here because there’s so much to see. If, like us, you only have half a day, there’s no need to worry – virtually every tomb features jaw-dropping painted scenes revealing the Egyptians’ reverence for their gods and a fundamental belief in the afterlife.

By this stage, our group had acclimatised to the pace of a Nile cruise onboard Medea, our ship for the week. A cruise offers a laid-back way to tick off the important temples and sights, but navigating the Nile in this way is a remarkable experience in its own right.

“Ploughing through these biblical waters offers views of villages little changed by time and children playing on the river banks.”

Gently ploughing through these biblical waters offers views of villages little changed by time, oxen basking lazily in the midday heat and children playing on the river banks. It’s also when you’ll get to experience the sublime sound of simultaneous calls to prayer coming from the mosques on both sides of the river: a distinctive memory that visitors will recall for years to come.

It is possible to start feeling a little ‘pharaoh-ed out’, so a visit to a working bakery in a family home later that day was a welcome breather. We got the chance to help knead the dough – it’s harder work than it looks! – and met the whole family, including grandma.

The excursion was part of a government-funded initiative and offered an authentic glimpse of life in Luxor today. 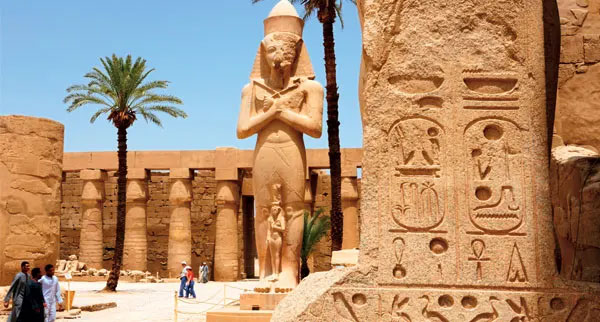 Our final port of call was the ancient city of Aswan, home to the Nubian people, and one of the first civilisations to establish homes along the Nile. Today, there’s a laid-back vibe: clients will appreciate being able to browse the bazaar without any pressure to buy.

A felucca excursion – traditional sailing boats that are carried along by the breeze – is an authentic experience to offer clients. Another short boat ride away is the striking Philae Temple, dedicated to the goddess Isis, and there’s the colonial charm of the Sofitel Legend Old Cataract hotel, where Agatha Christie penned many of her novels. For another unforgettable experience in Egypt, book high tea in the garden for 4pm. It can easily stretch into cocktails and you’ll get the very best view over the Nile when the sun starts to slip down the sky.