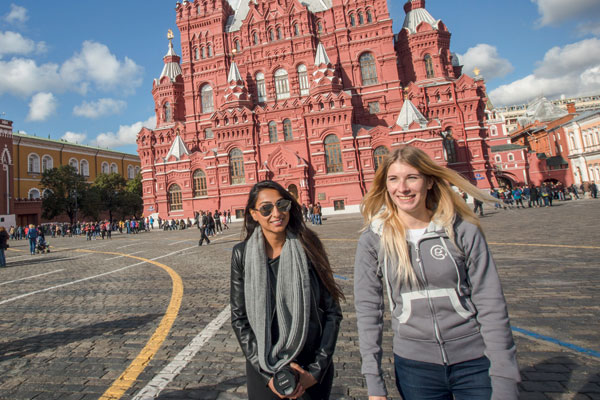 Feast on the east with Katie McGonagle’s top picks.

Holidays to eastern Europe follow a pretty simple pattern, right? Hop on a no-frills flight for a bargain city break, set sail on a gentle river cruise down the Danube, or embrace the festive season with a quick trip to its Christmas markets.

Yet there’s a lot more to this vast region than cheap beer and charming old towns. From cool capital cities to vast, untouched landscapes, there are plenty of adventures that show another side of eastern Europe.

Why settle for squeezing a city break into a weekend, when you could see a string of cities all in one go? Shearings Holidays’ new Baltic Capitals tour (by air) links some of the region’s most attractive cities – Vilnius, Riga and Tallinn – with scenic sights along the way.

The itinerary starts in Vilnius with a walking tour of the old town and its landmarks, including the grand Gothic spires of St Anne’s Church and magnificent facade of the presidential palace. Next up, it’s Riga’s Rundale Palace and open-air museum, with a quick detour to Latvian coastal resort Jurmala and scenic Gauja National Park, before the tour concludes in Tallinn. Known for its Unesco-listed old town, this stunner of a city has a rich history, with a beautiful Baroque parliament building set on the same site as a 13th-century fortress, and a medieval old town perfect for meandering around.

“This stunner of a city has a rich history, with a beautiful Baroque parliament building set on the same site as a 13th-century fortress.”

Matthew Herbert, product and yield director at Shearings Holidays, says: “The beauty of this new tour is that it takes in three Baltic cities in just one week. There are also stops in other coastal towns and at interesting landmarks to ensure customers really get to know the region and all it has to offer.”

Book it: The eight-day tour starts at £1,215 per person on selected dates between June and September, including flights, seven nights’ half-board accommodation and sightseeing.
shearingsagent.com 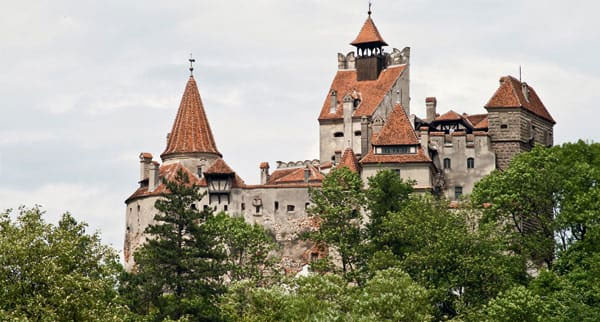 Visit the home of Vlad the Impaler, the inspiration behind Bram Stoker’s Dracula, in the central Romanian region of Transylvania. Often seen as a land of myth and mystery, it is, in fact, as close as you’ll get to turning back time, full of rolling meadows and bucolic scenes, tiny villages linked only by horse-drawn carts along unpaved roads, and bounded by the wildlife-rich Carpathian Mountains.

Cosmos tour Treasures of the Balkans and Transylvania pairs up the best of Romania – sightseeing among the medieval towers and cobblestone streets of Sighisoara, the bohemian cafes of Brasov and the parliament of capital city Bucharest – with Hungary, Serbia and Bulgaria. Highlights include guided city tours of Budapest and Belgrade, visits to the citadel in Novi Sad and the Roman amphitheatre in Plovdiv, and a tour of former Bulgarian capital Veliko Tarnovo.

Book it: The 13-day tour starts at £2,303 per person, including flights from London, private home pick-up, accommodation, some meals, porterage and taxes, based on an August departure.
cosmos.co.uk 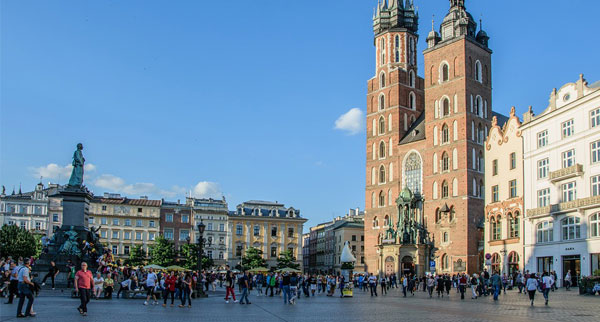 Visitors might have ticked off Warsaw or Krakow, but chances are, they won’t have spent a lot of time delving deeper into the poignant history and pretty architecture of Poland.

Rail Discoveries has a new Highlights of Poland tour that aims to rectify that, with stops in Wroclaw, the Wieliczka Salt Mine, Krakow, Auschwitz and Warsaw, plus a boat ride along the river Odra.

“For me, the highlight has to be the visit to the Unesco-listed Wieliczka Salt Mine, which is the oldest of its type in Europe.”

Louise Heatley, head of product and contracting, says: “Poland is a beautiful country, with a moving history and plenty of Unesco World Heritage Sites. I’m very excited for this tour to begin to showcase this less‑travelled country. For me, the highlight has to be the visit to the Unesco-listed Wieliczka Salt Mine, which is the oldest of its type in Europe. The intricately carved underground chambers are simply fascinating, and the Chapel of St Kinga is breathtaking.”

Book it: The nine-day tour starts from £1,295, including flights to Warsaw, rail and coach travel, accommodation with breakfast and three dinners, and guided tours. There are departures on June 8, August 31 and September 21.
raildiscoveries.com

4. From Russia with love

Straddling Asia and eastern Europe, Russia is prime touring territory, with notoriously long distances and a tricky language barrier making independent travel that bit more challenging. While many tours focus almost exclusively on Moscow and St Petersburg, G Adventures has a Backroads of Russia tour that goes further into the scenery and modern-day culture of the country.

“Next up is a guided walk through the Kivach Waterfall and Nature Reserve and a boat trip to Kizhi island.”

The itinerary starts in St Petersburg, where a walking tour uncovers the city’s lesser‑known neighbourhoods, and carries on to the traditional Karelian village of Kinerma, the only place to find an authentic ‘kalitki’, or open‑topped pie. Some of Russia’s most beautiful landscapes come next, with a guided walk through the Kivach Waterfall and Nature Reserve and a boat trip to Kizhi island, followed by an overnight train to Sergiev Posad, and matryoshka painting in Moscow.

Book it: The 12-day Classic trip starts at £1,679 per person, excluding flights.
gadventures.com 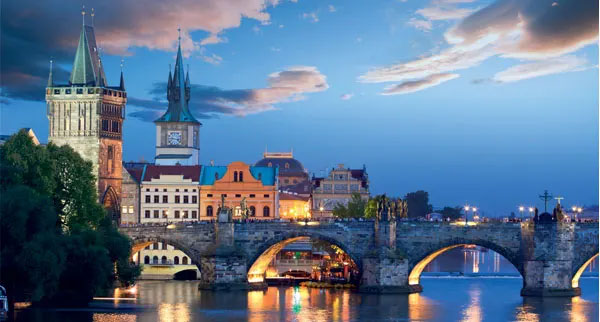 Riviera Travel’s Prague, Vienna, Bohemia & the Danube Valley tour starts and ends in the Czech capital. In between, there’s a scenic journey past lakes and wildflower-filled scenery to the historic castle at Cesky Krumlov, a stop at brewing town Budweis to sample the ‘real’ Budweiser, a glimpse of the riverside monastery at Melk, and a tour of the Spanish Riding School in Vienna.

“Czechia and Austria provide an ideal setting for a relaxed tour that mixes big-hitting city sights with laid-back countryside.”

Riviera Travel’s head of short‑haul product, Joanne Lynn, says: “Customers also have the option to personalise their holiday and enjoy a classical recital by the world-class Schönbrunn Palace Orchestra in the world’s largest orangery, in Vienna, where Mozart himself performed in 1786.”

Book it: The eight-day tour starts at £959, including flights, transfers, taxes and seven nights’ four-star accommodation. Departures are available from 10 regional airports, from May to October.
rivieratravel.co.uk 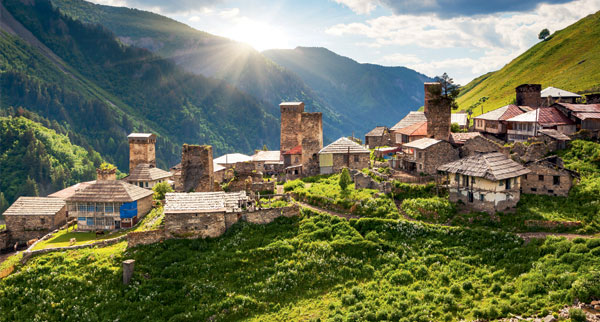 6. Georgia on my mind

Right on the edge of eastern Europe lies the former Soviet republic of Georgia, which is just starting to open up to tourists. Its landscapes range from vineyard-filled valleys to snow-topped mountains and beachfront towns along the Black Sea coast, though they’re a far cry from those found across the water in Bulgaria.

It’s already selling well for solo specialist Just You, which has introduced a new tour to the little-known country.

“Highlights of the tour include a drive along the ancient Silk Road, and an exploration of Uplistsikhe, the Unesco-listed cave town.”

Managing director Alastair Campbell says: “Georgia is a country full of natural wonders, lush vineyards and vast, snow-capped mountains. Highlights of the tour include a drive along the ancient Silk Road, and an exploration of Uplistsikhe, the Unesco-listed cave town that once housed 20,000 people.

“Solo travellers are always looking out for new discoveries and Georgia gives our agent partners the perfect destination to sell to them.”

The best things to see, do and eat in Innsbruck, Austria
The best Christmas markets in Europe
Explore Paris off-peak to avoid the summer crowds