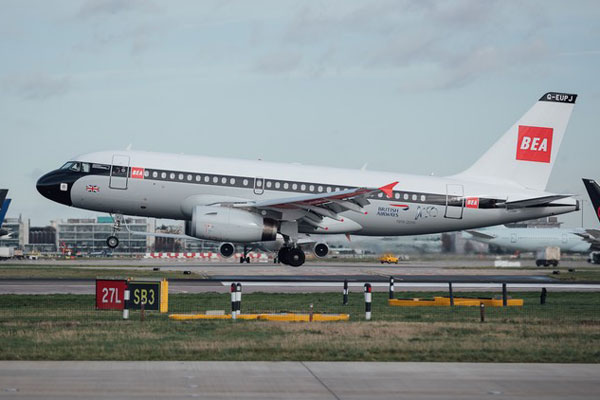 The Airbus A319 carries the second in a series of heritage liveries being revived to mark the airline’s 10thanniversary.

The BEA livery was flown on aircraft operating mainly domestic and European routes between 1959 and 1968.

However, the modern aircraft has a grey upper wing, rather than the traditional red, to meet current wing paint reflectivity requirements.

The aircraft entered service with its maiden commercial flight in its new colours to Manchester.

It will continue to fly routes across the UK and Europe until the aircraft retires next year.

The BEA livery follows the introduction of a Boeing 747 in BOAC colours last month.

Next to arrive with be another 747, in a British Airways Landor livery.

One final design will be revealed later this month.