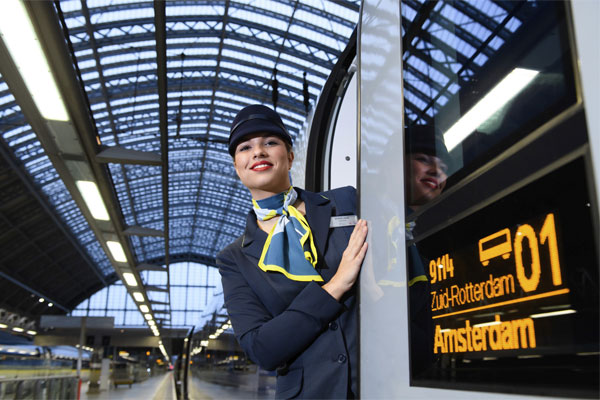 Eurostar saw 2018 carryings rise by 7% to 11 million passengers as the introduction of high speed trains to Amsterdam boosted numbers.

The service between London and the Dutch city attracted more than 250,000 travellers.

Chief executive Mike Cooper revealed that the company had no plans to amend timetables in the event of a no-deal Brexit.

Eurostar is “clearly hoping for the best but planning for all eventualities,” he told the BBC.

He described a leaked Department for Transport report, which warned that a no-deal exit from the EU would cause long queues at its London hub at St Pancras station, as “misleading”.

Sales revenues increased by 12% year-on-year to £989 million as the company reported a preliminary unaudited operating profit of £96.6 million in 2018.

The number of US travellers using Eurostar grew by 9% year-on-year.

Leisure traffic last year was helped by the success of the Amsterdam link, which marks its first anniversary next month.

Eurostar has put tickets on sale for a third daily service starting in June.

The company said it was committed to introducing additional services as soon as governments have put border controls in place for the Amsterdam-London leg of the journey.

Cooper said: “Over the last 25 years Eurostar has led the way in cross-Channel travel, cementing the links between the UK and mainland Europe.

“The popularity of our new service between London and Amsterdam shows the growing appetite among customers for international high-speed rail travel and a sustainable alternative to the airlines.”