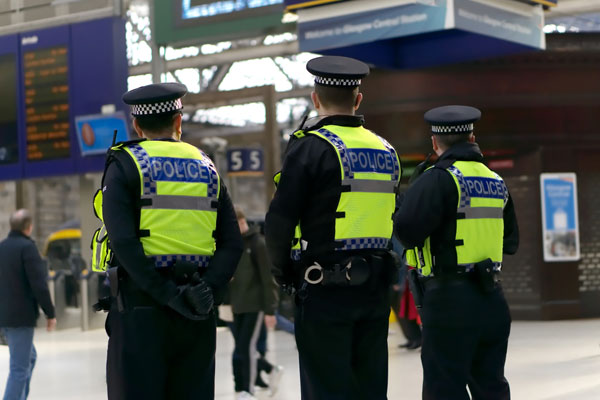 An investigation has been launched by counter-terror police after three letter bombs were found at Heathrow and London City airport buildings and at Waterloo station.

The Met Police Counter Terrorism Command is treating the incidents as a “linked series”.

Irish police confirmed they were assisting in the investigation amid reports that they appeared to have been posted from Ireland.

Police received reports of a suspicious package at The Compass Centre, Nelson Road, Hounslow, at 9.55am. It was opened by staff at the building, which initiated the device and caused part of the package to burn. No injuries were caused but the building, which is not based at Heathrow airport, was evacuated. Flights were not affected.

British Transport Police were then called to reports of a suspicious package in the post room at Waterloo train station at 11.40am. The device was not opened but made safe by specialist officers. Train services continued as normal.

A further call to police was made at 12.10 when there were reports of a suspicious package at offices at City Aviation House, Royal Docks, Newham. Around 100 staff were evacuated and the device was made safe. As a precaution, DLR services to London City Airport were suspended. Train services then resumed and flights continued as normal.

London City airport said the building was re-opened at 3.55pm. A spokesman said: “Specialist police officers dealt with the device, which did not affect flight operations. The airport terminal remained open throughout. Enquiries by the Metropolitan Police are ongoing.”

No arrests have been made but the Met Police has issued advice to be vigilant for and report any suspicious packages to the police.