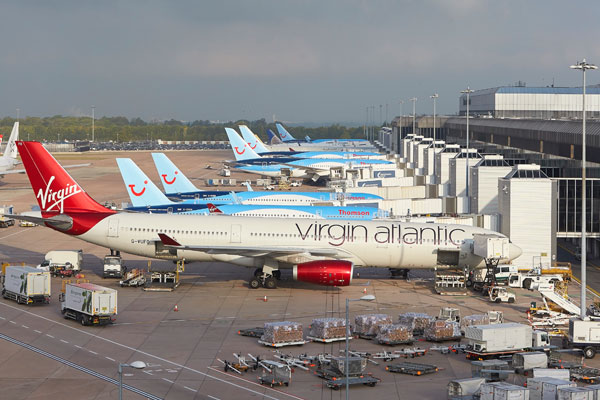 Continued uncertainty over Brexit will ultimately be a drag on the economy and damage consumer confidence, Manchester Airports Group warned today.

MAG said it believes that it is vital that the UK secures a deal that commands support of Parliament and guarantees an orderly exit from the European Union.

The operator of Manchester, Stansted and East Midlands airports said it welcomed the government’s commitment to maintaining vital air connectivity between the UK and Europe in the event of a ‘no deal’ Brexit.

With the EU also equally committed, and with the busy Easter period around the corner, passengers can book and travel with confidence, the group added.

Chief strategy officer Tim Hawkins said: “Our airports continue to grow year-on-year and we see the short-term and long-term outlook for them as positive.

“MAG’s airports are national economic assets, with Manchester and London Stansted being the two largest airports in the country with significant spare runway capacity.

“It is vital that the government recognises the key roles that airports like Manchester, Stansted and East Midlands will play post-Brexit.

“A joined-up and integrated plan to improve rail and road links to airports will open them up to more passengers, further invigorate their route networks and provide the UK and its regions with better connectivity in the future.”

His comments came as MAG reported a 7.1% rise in throughout in February to 3.8 million passengers over the same month last year.

Stansted was the fastest growing, handling 1.9 million passengers in the month, up 8.2% year-on-year. The growth was the result of new routes this year to Dubai, Tel Aviv and Kiev, as well as increased frequency of domestic services to Scotland and Northern Ireland.

North Africa has also continued its resurgence in popularity, with routes to Morocco, Tunisia and Egypt growing 25.7%.

East Midlands airport’s overall performance dipped by one per cent, but numbers to Portugal, up 33.6%, and the Canary Islands, up 4.7%, both grew in February.