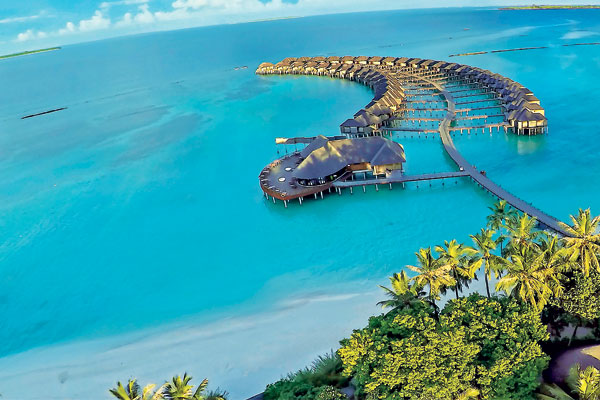 With a host of hotel openings and a new flight via Muscat, the Maldives is looking better than ever, finds Rachel Roberts.

The Maldives has long been renowned as a year-round destination for wealthy sun-worshippers, but recently-resumed flights via Muscat have opened it up to those who want to add some culture to a coastal escape.

The Indian Ocean destination is already booming, according to the ministry of tourism. Recorded UK arrivals in 2018 hit 114,602, a 10% jump compared with 2017, and well above the 6.8% increase in global arrivals for the same period, to a total of 1.48 million visitors.

The resumption of Oman Air’s flights from the new terminal at Muscat International Airport to Maldivian capital Malé, after a two-year hiatus, couldn’t have come at a better time.

“Muscat International Airport’s stylish, ultra-modern passenger terminal has already garnered a cache of awards since it opened in March 2018.”

The airline had halted the service in 2016 as part of a cost-cutting exercise but, after reintroducing the route last October, saw such significant demand that it has already extended its winter programme until April 30, recommending on October 28.

Oman Air chief commercial officer Paul Starrs says: “Our primary goal is to promote Oman and if partnering with the Maldives helps, even better. The redesigned schedule will give passengers from Istanbul, Moscow, Manchester and Heathrow super-quick connections between Muscat airport and Malé.”

The move also reflects the growing popularity of Omani capital Muscat as a city destination and stopover spot. Muscat International Airport’s stylish, ultra-modern passenger terminal has already garnered a cache of awards since it opened in March 2018, with capacity for up to 20 million passengers and room to expand to more than double that in future.

Malé’s Velana International Airport is also better equipped to deal with burgeoning visitor figures following the opening of a new runway last year. From here, seaplanes transport holidaymakers on to their Maldivian resort, with journey times of up to an hour depending on their destination of choice. 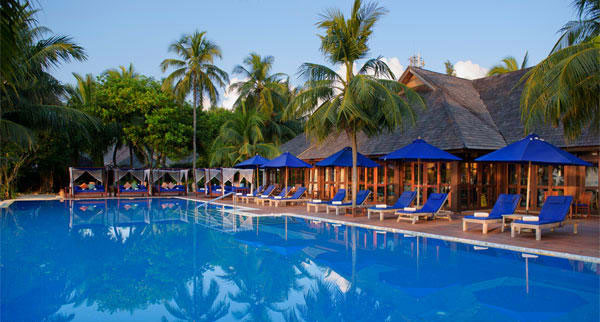 A slice of paradise

Comprising more than 1,000 coral islands, of which just over 100 are luxury resorts, that choice is about to get bigger with a further 17 resort openings planned in 2019. These include Lux* North Malé Atoll, Waldorf Astoria Maldives Ithaafushi Resort and The Nautilus, a 26-room boutique resort in the heart of the Maldives’ Unesco Biosphere Reserve.

The five-star Sun Siyam Iru Fushi resort, set in the heart of the Noonu Atoll, is the epitome of what you’d expect from a Maldivian retreat. Fringed with impossibly soft white-sand beaches lapped with crystal-clear warm waters, the island truly feels like a pocket of paradise on earth.

“Housekeepers pedal slowly on rickety, three-wheeled tricycles and guests are delivered by electric buggy to the award-winning spa.”

Fruit bats circle in the morning, picking the jewel-bright orange fruit from the palm trees, and a fresh treasure of bleached-out shells are washed up by the early-morning tide.

Accommodation on the 52-acre property – so small scale you could do a full circle in less than 45 minutes – includes 28 over-water villas and 138 on the beach, for clients after complete privacy. These boast a private swimming pool, outdoor shower, Jacuzzi (strewn with flower petals on arrival), all just a three-second stroll from the beach. Rates start at £310 based on two sharing a beach villa, with breakfast. 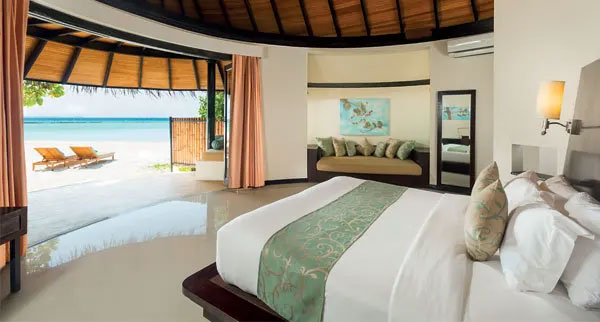 With around 650 staff – comprising Maldivians, Sri Lankans and Balinese – on hand to look after guests in the all-inclusive resort, which houses up to 600 guests at full capacity, the level of service is impeccable.

Housekeepers pedal slowly on rickety, three-wheeled tricycles and guests are delivered by electric buggy to the award-winning spa by Thalgo, a heavenly escape offering Ayurvedic massages and treatments.

The personal concierge service takes this one stage further, helping clients book activities such as scuba diving, dolphin safaris and fly boarding. Plus, there’s a diverse daily timetable of activities on offer for all, including cocktail-making and sushi-making classes.

“The resort shop reflects the bank balances of the clientele here: the cheapest swimming costume carries a price tag of around £100.”

The biggest decision of the day will be which of the 15 restaurants to choose from, including Islander’s Grill, specialising in locally caught seafood, and Bamboo, where top-notch Asian food is on the menu in an idyllic beachside setting.

The resort shop reflects the bank balances of the clientele here: the cheapest swimming costume carries a price tag of around £100, and a beer at dinner costs around £12. For clients with a tighter budget, Sun Siyam’s sister property, the four-star Olhuveli Beach & Spa, is a more affordable alternative that will still let them enjoy everything the Maldives has to offer. 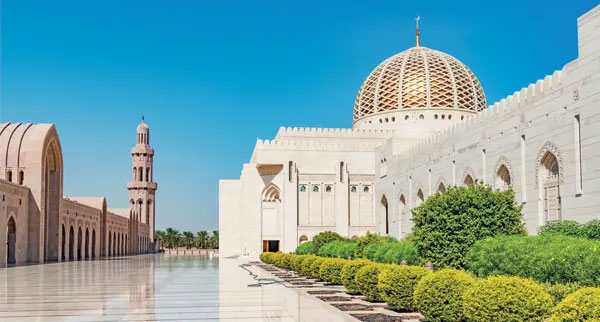 What to do in Muscat

Muscat’s notable landmarks include the Sultan Qaboos Grand Mosque and the Royal Opera House, both fine examples of Islamic architecture. The National Museum and Natural History Museum are a magnet for culture enthusiasts, and clients extending their stay for a couple of nights can explore the rest of the Sultanate. The country has a wealth of natural attractions, including world-class beaches, sweeping deserts and dramatic mountain landscapes.

Oman Air flies twice daily from Heathrow to Muscat and daily from Manchester to Muscat, with seven onward services to Malé each week (twice-daily on Saturdays, and daily on other days except Tuesday). Return fares from London to the Maldives start from £650, including all taxes and fees.
omanair.com