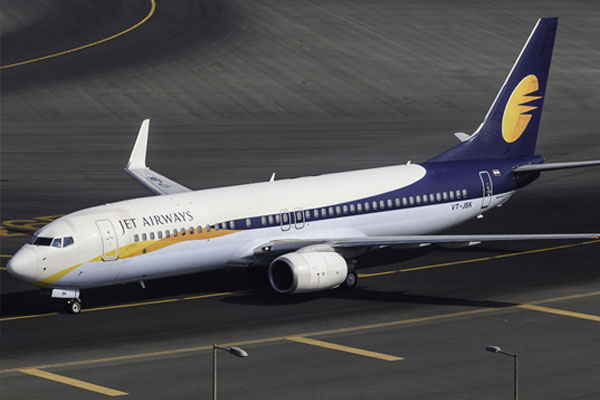 Jet Airways international flights have been suspended as the carrier grounded more aircraft.

The private Indian airline’s flights today from London to Mumbai and Delhi have been cancelled, according to the Heathrow website.

Other international flights due to depart from Delhi to Singapore, Amsterdam and two to Kathmandu are reported to have been cancelled for “operational reasons”.

The cancellations have raised fresh fears about the airline’s survival.

This comes after the carrier on Thursday grounded ten more aircraft over unpaid fees to leasing firms.

Carriers in India must maintain a fleet of least 20 aircraft to continue to operate international services.

The airline, with more than $1 billion in debt, is seeking a financial lifeline to avoid collapse.

The UK Civil Aviation Authority said: “We are aware that Jet Airways has suspended its international flights today.

“If you have booked directly with Jet Airways, contact the airline for further information.

“If you have booked with a travel agent, contact your agent for support.”

Virgin Atlantic, which code shares with Jet Airways, said: “Due to the possible cancellation of Jet Airways services, we are offering our customers with connecting flights with Jet Airways the options to rebook, reroute or refund their tickets.

“This applies to Virgin Atlantic ticketed bookings only.

“Please note that your connecting flights must have been booked and ticketed before 11 April 2019 and appear within the same reservation as your Virgin Atlantic flights.”

Various India media reported today that Jet Airways had cancelled all international flights, including services to Europe and Asia.

Jet Airways told the Mumbai stock exchange yesterday “that an additional ten aircraft have been grounded due to non-payment of amounts outstanding to lessors under their respective lease agreements”.

It added: “The company is making all efforts to minimise disruption to its network due to the above and is proactively informing and re-accommodating its affected guests.”

Flights from Manchester to Mumbai were suspended last month.