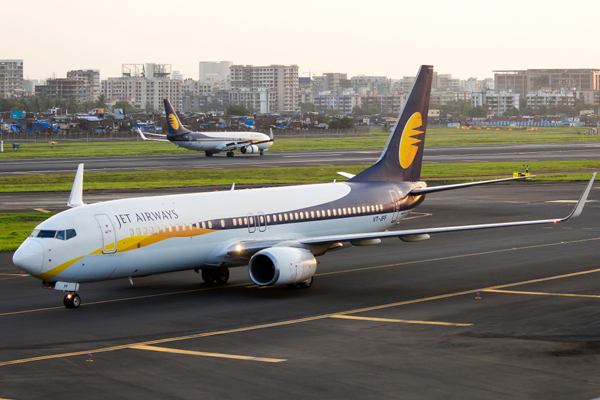 India’s Jet Airways plunged into a fresh crisis this week as it was forced to ground international flights after leasing companies impounded the carrier’s aircraft over unpaid debts.

Jet Airways was able to operate just 11 its fleet of 120 aircraft on Friday, down from 16 on Thursday, according to Indian media reports.

All long-haul flights were cancelled on Thursday, including to London, Paris and Amsterdam, and the cancellations continued into Friday.

Services to Colombo and Singapore were also cancelled, after the carrier announced: “An additional 10 aircraft have been grounded due to non-payment of amounts outstanding to lessors.”

Carriers in India must maintain a fleet of least 20 aircraft to operate international services.

At the same time, the Times of India reported the Indian Oil Corporation had stopped supplying fuel to Jet’s aircraft across India for several hours.

Jet, India’s second-biggest airline, has debts of more than $1 billion and has been in trouble for months after failing to pay aircraft leasing companies and crew and defaulting on debt payments.

But the government had hoped to stave off a collapse at least until after a general election which began on Thursday and will end in May.

A consortium of lenders led by the State Bank of India took control of Jet Airways in late March and injected $218 million as founder Naresh Goyal stepped down as chairman.

However, the consortium immediately sought a new investor to acquire 75% of the airline.

The sale process began on Monday, with Friday April 12 the deadline for prospective bidders to express an interest.

The Economic Times of India reported that several airlines, including Etihad, have expressed interest and that at least two have made tentative bids.

Etihad Airways already owns a 24% stake in Jet. Interested parties have until April 30 to make a formal bid.