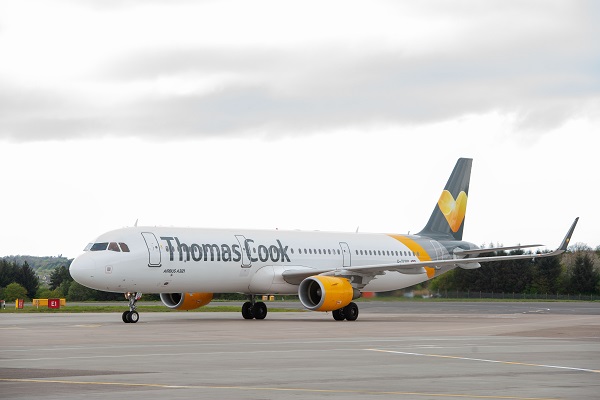 Lufthansa confirmed it has made an offer for Thomas Cook’s German airline Condor and could take over all the group’s carriers.

Chief executive Carsten Spohr told the Lufthansa Group annual general meeting on Tuesday: “We have made a non-binding offer for Condor, with the option of extending it to all Thomas Cook airlines.”

Spohr said Lufthansa was the only potential buyer which would not break up the carrier.

However, he conceded it is unlikely European regulators would allow a single buyer to buy all Thomas Cook’s airlines.
Lufthansa has previously owned Condor, having helped set up the airline in the 1950s and operating it as a joint venture with C&N (Condor & Neckermann) – subsequently renamed Thomas Cook – until the late 1990s.

If successful, it is likely Lufthansa would seek to combine Condor with its budget subsidiary Eurowings in Germany.

Thomas Cook put its airlines up for sale in February and set a deadline for offers of May 7. The company is due to report its half-year results next week.

A sale of the airlines could allow Chinese group Fosun, which recently increased its stake in Thomas Cook to 18%, to make a takeover offer for the group.

A non-EU company cannot own more than 49% of a European airline under EU rules.

Fosun, the owner of Club Med, is now the biggest shareholder in Thomas Cook having taken a stake in 2015 when it acquired Club Med.