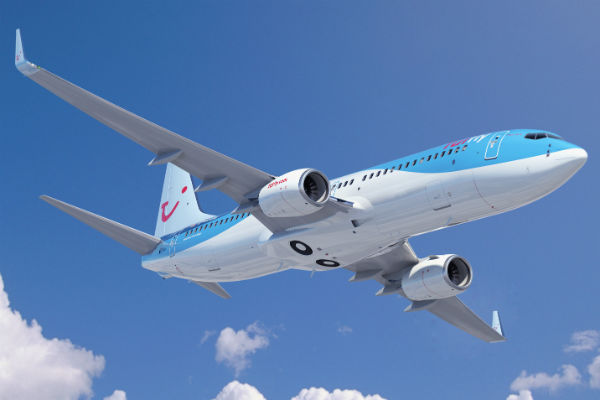 Tui Group suffered a deeper winter half year loss of €287.2 million on the back of two profit warnings.

The company today confirmed a potential one-off financial hit of €300 million to full year results due to the grounding of Boeing 737 Max aircraft.

In half year results issued today, the company disclosed further turbulence with a 36.4% plunge in net loss from €210.6 million in the same time a year earlier.

Tui said the half year result in its core tour operations and airlines division “reflects the knock-on impact of the summer 2018 heatwave, overcapacities in Spain arising from the shift in demand to eastern Mediterranean, continued Brexit uncertainty, as well as particularly strong comparatives for Nordics in H1 last year.

“In addition, the result includes the initial impact from the 737 Max grounding, which commenced in mid-March, and the later timing of Easter this year.”

The company’s hotels and resorts delivered a “resilient” performance while cruises continued to be “strong”.

Tui reiterated its March guidance that full year results would be between 17% and 26% down on last year’s figure of €1.17 billion depending on whether 737 Max flights are allowed to resume in time for the summer peak.

The group’s summer programme is 59% sold against 62% at this time last year.

Bookings are down 3%, with average selling prices up 1%.

But the company said: “The competitive pricing environment means that this average selling price increase is not at a sufficient level to cover cost inflation.

“All markets are trading on lower margins then prior year, given the weaker demand environment and oversupply to some destinations such as Spain.

“We have taken a disciplined approach to capacity, which is flat compared with prior year, at the same time enabling us to protect our strong market leading positions.”

Tui’s fleet of around 150 aircraft, currently includes 15 grounded 737 Max for the UK, Belgium, the Netherlands and Sweden. A further eight 737 Max aircraft are due for delivery after the lifting of the grounding.

The company added: “We remain focussed on delivering the benefits of efficiency and digitalisation across the group.”

Tui CEO Fritz Joussen said: “Tui is on track, both strategically and operationally, and is well positioned. That is why 2019 will be another solid year.

“Our core businesses with our own hotels, cruises and destination experiences and activities remain strong and currently deliver around 70 per cent of our earnings.

“Tui will emerge as a stronger, more efficient and more profitable group from the current consolidation of our sector in Europe.

“We will be among the winners, not among the losers. Our core businesses are highly profitable and positioned for growth, and we have a strong balance sheet.

“Our transformation from a traditional tour operator to a hotel and cruise company has been successfully completed.

“Our transformation as a digital and platform business is progressing massively and will deliver crucial results for our business and future growth. Our new strategic destination experiences business offers substantial new potential for Tui.”

The number of excursions in the destination experiences segment doubled versus the prior year.

The segment is growing rapidly and will deliver a significant contribution to Tui’s earnings growth in future.

“Tui is economically sound and has a strong strategic and operational positioning. Moreover, all medium- and long-term growth forecasts for the sector are intact,” Joussen added.

“The impact from 737 Max groundings could still be as high as €300 million, and will be known by the end of May.

“Booking trends post the Brexit delay are still not clear given Easter, whilst the company will start lapping easy heatwave comps in June.”