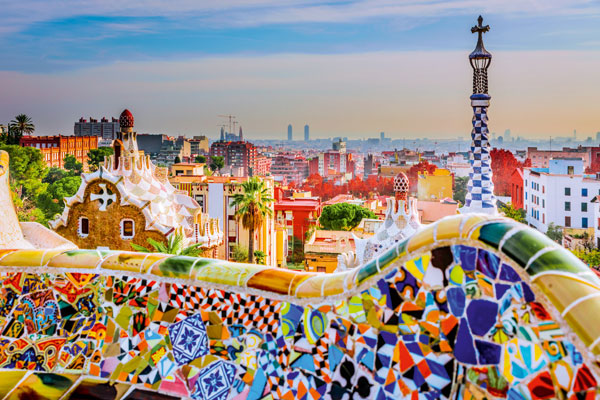 Anyone who has climbed to the top of Montjuic to take in Barcelona’s splendid cityscape, wandered the winding streets of Lisbon’s Alfama district, or lost themselves in the artworks of Madrid’s Museum Triangle will understand why Spain and Portugal have earned a reputation for stellar city breaks.

Combining all the best elements of an easy weekend escape – short flights, good food, standout sightseeing and readily available accommodation – the Iberian Peninsula has some of the finest urban escapes on the Continent.

But perhaps the best thing about this region is the way it can keep enticing customers back, time and again, always offering somewhere new to explore or something new to do. If they’ve already been bewitched by the galleries of the Spanish capital, why not suggest the Frank Gehry-designed Guggenheim in Basque city Bilbao – stopping off for pintxos, the local answer to tapas, and a chance to gawk at the weird-yet-wonderful cow statues dotted around the streets along the way. Or if the green, open spaces of Valencia’s Turia Gardens or Lisbon’s Edward VII Park were a hit, visitors can also balance the buzz of the city with the beauty of the botanical gardens in Madeiran capital Funchal.

Here, we offer a few ideas for second-time city breaks that are bound to have clients coming back for more. 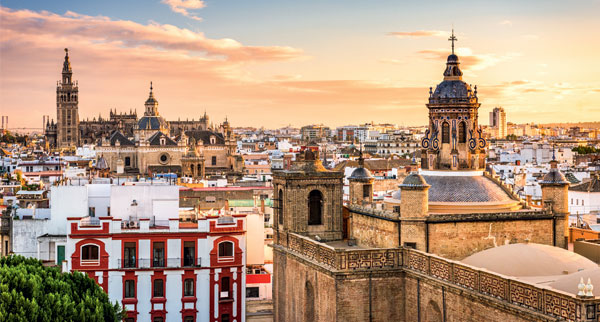 With architecture that ranges from the moodily medieval to the mind‑bendingly modernist, Barcelona is the ultimate canvas for anyone with an eye for art and design. Even if they’re not that way inclined, visitors can’t help but be captivated by the towering spires of La Sagrada Familia – construction of which started in 1882 and still isn’t finished – or the colourful mosaics of Parc Güell. Swap a ramble down La Rambla for a more relaxed stroll along the beachfront boardwalk. Foodies can make a beeline for La Boqueria market, footie fans for famous stadium Camp Nou.

We say: The Moorish architecture that marks out Andalusia from the rest of Spain is at its most impressive in Seville, where the Alcázar – the oldest working royal palace in Europe – is a prime example of the Mudéjar style. Get your bearings with a trip to the top of the Metropol Parasol – known by locals as Las Setas, or The Mushrooms – then prepare to be amazed by Seville Cathedral and the sights and smells of Triana market.

They say: “Seville is a beautiful city that boasts amazing sights and a great social scene,” says Gary Gillespie, head of trade sales at Super Break. “Like Barcelona, the cafe culture is strong and visitors will find traditional entertainment such as flamenco dancing and music. There are also more rooftop bars opening up, offering great views across the cathedral and skyline of Seville.”

Book it: Super Break offers three nights’ B&B at the three-star H10 Corregidor Boutique Hotel, with flights from Stansted to Seville in early July, from £167.
superbreak.com/agents

With the beaches of Cascais or Estoril and fairytale palaces of Sintra all within easy reach, Lisbon is the city break for travellers who want it all. They can scale the hills of the old town on its iconic yellow tram, window shop along the streets of Chiado, pause for pasteis de nata – Portugal’s signature custard tart – in the cafes that line the wide boulevard of the Avenida da Liberdade, or explore centuries-old sights at the Belem Tower and Jerónimos Monastery.

We say: With more direct flights from the UK and more Douro cruises setting off from the city – not least on AmaWaterways’ AmaDouro and A-Rosa’s Alva, the latest ships to launch – Porto is garnering more attention than ever before. Start at the top of the Clérigos Tower for panoramic city views, admire the ornate interiors of Livraria Lello (aka the inspiration for Hogwarts), then warm up for the evening with a tour of Taylor’s port cellar, followed by food and fado music in the historic district of Ribeira.

They say: “If you got some Instagram-worthy pictures in Lisbon, you’ll be sure to get even more in Porto,” says Lisa MacKinnon, senior short breaks specialist at Osprey Holidays. “And if you loved Lisbon’s cafe culture, you won’t be disappointed with the beautiful, relaxing cafes lining the Douro River. Whether day or night, you can sit outside with some fantastic views of the river and bridge, watching the world go by.”

Book it: Three nights’ B&B at the three-star Grande Hotel do Porto starts at £335 with Osprey Holidays, with flights from Gatwick departing October 6.
ospreyholidays.com 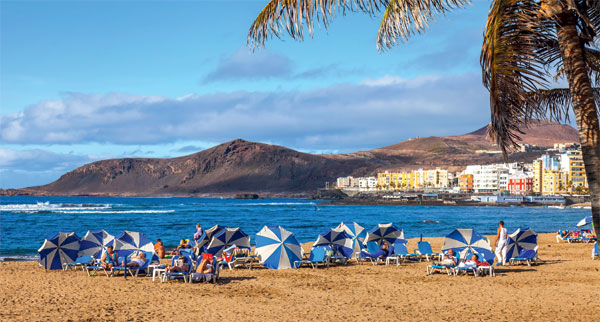 If mainland options are all that spring to mind when thinking of a weekend away, you could be missing out on some great city breaks on the islands, particularly if clients can’t decide between city and beach. The Majorcan capital is thriving thanks to a renaissance of artisan producers and local shops, complementing key sites such as the colossal Catedral de Mallorca (another Gaudí creation), neighbouring Arab fort La Almudaina, and the original studio of Spanish artist Joan Miró.

We say: These island cities have more in common than just a name – there’s plenty of history too in the Gran Canarian capital. Stroll around the old town, La Vegueta, stopping at Santa Ana Cathedral and 15th-century mansion Casa de Colón – home of Christopher Columbus before his Atlantic voyage – then ride a Segway along the seafront, sample Canarian cheeses at Mercado del Puerto, or sip a glass of local wine in a pretty pavement cafe.

They say: “Combining beach life with city life, Las Palmas rivals any of the cities in mainland Spain for culture, history, architecture and atmosphere,” according to Craig Davidson, general manager for trade sales at Jet2holidays. “With an array of eating options, from Vegueta Market to the fine dining restaurants of Pérez Galdós Street, Las Palmas caters for everyone. Encourage clients to try papas arrugadas, salt-wrinkled potatoes served with mojo sauce.”

Book it: Jet2CityBreaks offers three nights with breakfast at four‑star Hotel Fataga from £339, including flights from Stansted and 22kg baggage, departing October 15.
jet2holidays.com

Cyprus for second-time visitors
Lisbon: City break with a toddler
What to see in Porto