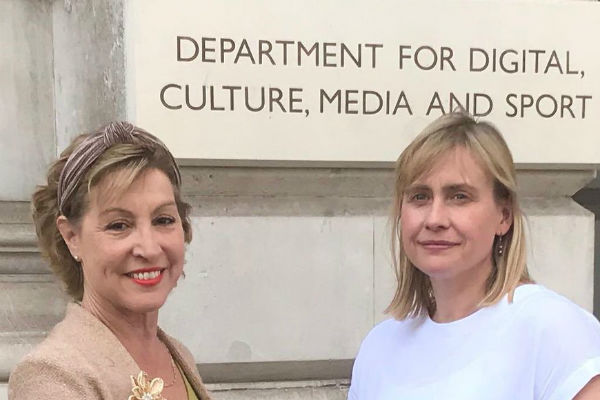 A new UK tourism minister was appointed yesterday to replace Michael Ellis after just a over year in the role.

Rebecca Pow is Conservative MP for Taunton Deane in Somerset and was previously personal private secretary to the work and pensions secretary.

A former PR, she takes up the role of parliamentary under secretary of state at the Department for Digital, Culture, Media and Sport.

Ellis has moved to the Department of Transport as minister of state for transport, covering sectors including roads, cycling, traffic and light rail.

Pow (pictured left) tweeted: “Honoured and absolutely delighted to be appointed as parliamentary under secretary of state for arts, heritage and tourism.

“A glorious remit with a cracking team. Looking forward to immersing myself in it all.”

VisitBritain director Patricia Yates said: “Delighted to welcome our new minister at a transformational time for tourism, with the prospect of a sector deal to ensure Britain remains one of the most competitive destinations in the world. And thanks and good wishes to Michael Ellis.”

Pow was welcomed to the position by UKHospitality chief executive Kate Nicholls.