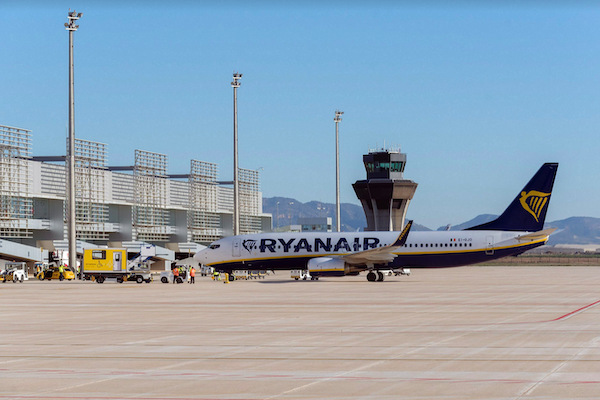 A new airport serving the Spanish region of Murcia expects to see one million passengers this summer, following its opening in January.

Ryanair has started a new Stansted service to Region de Murcia airport in Corvera, and Jet2.com has launched flights from Leeds-Bradford and Manchester.

The new services arrive on Wednesdays during the summer season.

It is also seeing more passengers from other European destinations thanks to new services from Prague, Warsaw and Mallorca. A new winter route from Billund in Denmark is planned.

The UK is the strongest market for Murcia with more than 400,000 visitors in 2018 – representing about 41% of the total number of tourists in the region.

A spokesperson for the Instituto de Turismo de la Region de Murcia said: “We are now seeing the benefits of the new airport’s extra capacity and we look forward to welcoming more guests to the region in the future.”

The airport serves the Costa Calida in southeastern Spain, and has replaced Murcia San Javier airport which shut after 25 years of operation.

More:Ryanair first to touch down at new Spanish airport