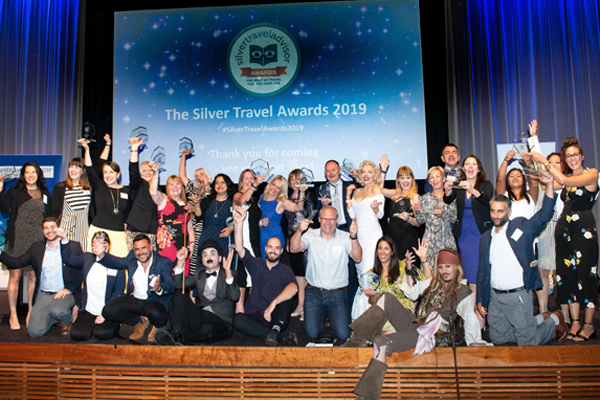 Trailfinders was crowned best travel agency for the over-50s at this year’s Silver Travel Awards.

It was the first time the best agency category had featured at the Silver Travel Advisor-run awards, now in its fifth year. Also new was the best beach holiday operator category, which was won by Kuoni.

More than 140,000 consumer votes were cast across 21 categories, with other big winners on the night including Shearings and Viking Cruises, which each won two awards.

More: Gallery from the event

The ceremony, for which Travel Weekly was trade media partner, was held at Bafta’s headquarters on London’s Piccadilly on Wednesday.

Marilyn Monroe, Charlie Chaplin and Captain Jack Sparrow all made an appearance – in lookalike form, at least.

Innovation was also recognised. Two Silver-i Awards were assessed by a panel of judges including Travel Weekly head of news Amie Keeley.

The silver-i award for product development went to G Adventures for its tours initiatives for the over‑50s which the judges described as “innovative and eclectic, combining wellness with adventure”.

Podcast: Dame Esther Rantzen speaks about her love of cruising and shares holiday pet hates in the Travel Weekly Podcast

The silver-i award for best marketing campaign went to Cycling for Softies for its Wine Regions fold-out map promotion.

Meanwhile, a special lifetime in travel award was presented to former Wish You Were Here…? presenter John Carter.

Debbie Marshall, managing director of Silver Travel Advisor, said: “This year’s winners have demonstrated how smart thinking and an appreciation of the outlook and priorities of the over-50s can cut through the competition, win bookings and secure lasting loyalty.”

More: Gallery from the event