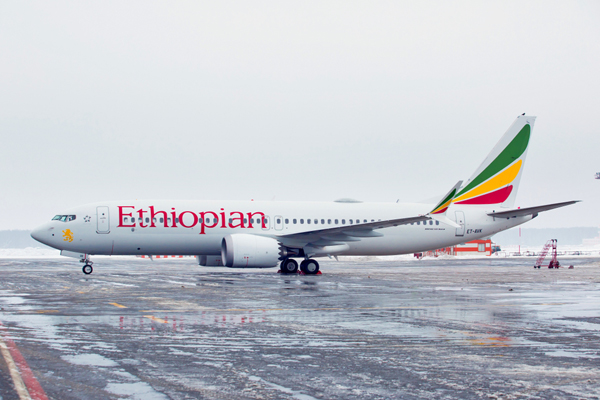 The family of UN worker Joanna Toole, killed in the disaster in March, claim there was a “catalogue of serious failures”.

Toole (36) was one of seven British passengers on board the 737 Max when it crashed shortly after take-off from Addis Ababa on March 10 killing all 157 passengers and crew.

The incident led to the worldwide grounding of all 737 Maxs following another crash involving a Lion Air aircraft in Indonesia five months earlier. Together they killed 346 people.

Her family are now taking action against Boeing and Rosemount Aerospace, the manufacturer of the aircraft’s angle of attack sensors, in what is believed to be the first court case arising from the tragedy, according to the London Evening Standard.

Toole, from Devon, was on board the aircraft while working for the United Nations Food and Agriculture Organisation.

She was travelling to the UN Environment Assembly in Nairobi, Kenya, when the accident occurred.

Specialist aviation lawyers at Irwin Mitchell, working with colleagues in the US, announced that court proceedings have been started in Chicago on behalf of the Toole family.

Clive Garner, partner and head of the aviation law team at Irwin Mitchell representing the family, said: “While the official accident investigation continues, the exact cause or causes of the Ethiopian Airlines disaster remains unknown.

“Despite this sufficient evidence is now available to enable proceedings to be commenced against both Boeing and Rosemount Aerospace.

“These proceedings have now been filed in the Federal Court in Chicago.

“The proceedings involve allegations of a catalogue of serious failures by Boeing. The allegations include criticism of Boeing’s decision to fit new, larger engines to the existing 737 airframe.

“These engines altered the aircraft’s handling characteristics and, in particular, caused the nose of the aircraft to pitch upwards in the period following take off, increasing the risk of an engine stall.

“However, it is also alleged that the MCAS software was faulty and it is now being re-designed.

“Further, pilots of the new Max 8 aircraft were not made sufficiently aware of the operation of the new software and were not adequately trained to deal with a situation like the one that arose on flight ET302.

“Rosemount Aerospace is also a defendant in the proceedings. Rosemount manufactured the aircraft’s angle of attack sensors, at least one of which appears to have been faulty.

“This is a small selection of the list of allegations we are making against Boeing and Rosemount Aerospace and the entire fleet of Max 8 aircraft are still grounded worldwide pending remedial work to satisfy the Federal Aviation Authority and other regulators who have banned the continued use of the aircraft in their airspace.”

He added: “As well as Joanna’s family, we are also assisting others who tragically lost loved ones following the crash of ET302. We anticipate filing claims in the US courts on behalf of more clients shortly.”

Boeing declined to comment on the lawsuit directly but said it extended its “deepest condolences to the families and loved ones of all those on board Ethiopian Airlines Flight 302 and Lion Air Flight 610”.

It added it was co-operating fully with the investigating authorities.

Rosemount Aerospace, is a subsidiary of United Technologies, which declined to comment, the Financial Times reported.