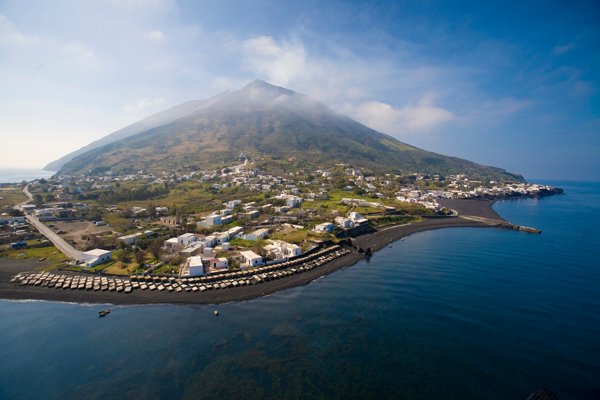 A travel warning for Italy was issued last night after a volcanic eruption on the island of Stromboli killed one person and reportedly sent tourists fleeing.

The victim was a male hiker who was hit by a falling stone, while other people were injured.

Holidaymakers were reported to have run into the sea after seeing ash rising from the volcano. The island has a population of around 500.

The navy has been deployed for a possible mass evacuation, with 70 people already evacuated, the BBC reported.

“Unfortunately one man is dead, there are a few injured, but none seriously,” emergency worker Calogero Foti told Italy’s Rai television.

In updated travel advice, the Foreign and Commonwealth Office said: “There was a volcanic eruption on the island of Stromboli, Sicily, on Wednesday 3 July.

“Local authorities have responded and are monitoring the situation.

“There are no reports of significant impact on populated areas, but local authorities are assisting those on the island who wish to leave.

“If you’re in the area, you should follow the advice of local authorities.”

Fiona Carter, a British tourist on the island of Panarea, some 17 miles from Stromboli, heard the eruption.

“We turned around to see a mushroom cloud coming from Stromboli. Everyone was in shock. Then red hot lava started running down the mountain towards the little village of Ginostra,” she said.

The volcano is one of the most active in the world and has been under a regular state of eruption since 1932.