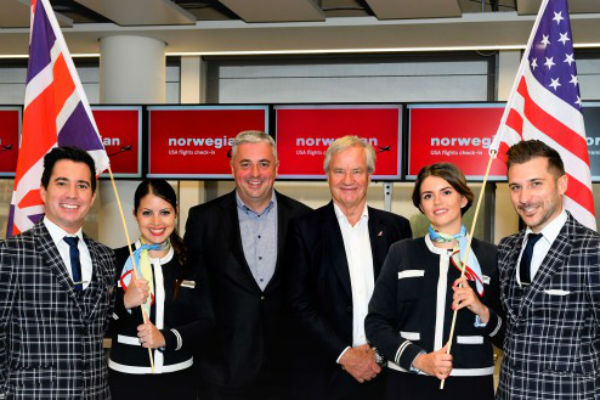 Long-haul fares have been cut in a flash sale by Norwegian to mark five years of operating transatlantic routes from Gatwick.

Rates are being discounted by 15% to less than £140 for travel over the winter for bookings made by midnight on Monday (July 8).

The offer covers 11 destinations in the US plus Buenos Aires and Rio de Janeiro.

July 2014 marked the start of the budget carrier’s long-haul expansion into the US from Gatwick with its first route to Los Angeles, followed by New York JFK and Fort Lauderdale in the same week.

“Since then, many carriers have been forced to raise the bar and lower fares to compete with us which proves we have unlocked a viable market.

“Consumers today are now better off as we’ve given millions of people the opportunity to travel to the USA and beyond, while maintaining exceptional levels of quality and service on board modern aircraft that reduce our impact on the environment.”

“Spearheaded by Norwegian, the number of low-cost long-haul routes available from Gatwick has quadrupled since 2014, and the number of passengers travelling on these routes has grown by 43% in the last year alone. Indeed, one in five of our passengers are now long-haul travellers.

“We’re looking forward to working with Norwegian and other carriers in the future to continue the meteoric growth in global connections that has made Gatwick such a vital piece of infrastructure for local communities and the UK as a whole.”