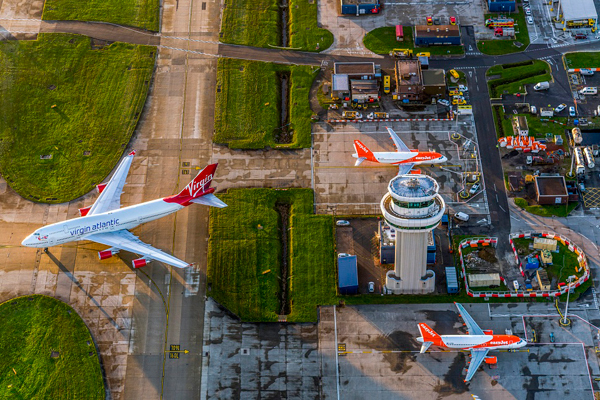 Gatwick is believed to have drawn up plans for a third runway, local community groups claim.

The Communities Against Gatwick Noise and Emissions (Cagne) expects an annoncement next week and is calling on environmental and climate change lobbyists to target the airport’s “unsustainable growth”.

The airport’s future plan has already outlined a proposal to make use of a standby second runway to allow it to expand.

Cagne now claims that the airport is set to call for additional land to be safeguarded for a potential third runway – an accusation that that Gatwick strenously denied. The land was earmarked as far back as 2003 in the national interest and the airport says it is not actively pursuing an additional runway.

The umbrella community group for communities in Sussex and Surrey warned that local people will be impacted by “huge increases” in aircraft noise by “plans to push ahead with intensification in aircraft movements off the main runway; use the emergency runway as a second runway; and to continue to safeguard land for a third runway that is badly needed for development in Crawley”.

Two runways at the airport are expected to see annual aircraft movements rise by 36%. A third runway would see this number rise from 280,000 to 850,000 a year, according to the group.

Gatwick claimed in December that three quarters of residents in Kent, Sussex and Surrey backed its plans to use its emergency runway to boost capacity as part of a draft masterplan for future growth.

But Gagne said it believed that Gatwick airport will announce not just growth from one runway, but expansion plans for three-runway airport on July 18.

Chair Sally Pavey said: “This would show a total disregard for the current aircraft noise issues that communities of Sussex, Surrey and Kent are suffering, as well as a total lack of understanding of public attitude concerning the damage man is burdening future generation with global warming and pollution of our planet.”

Cagne called on environmental and climate change groups “to turn their attention to opposing Gatwick’s huge plans for unsustainable growth”.

An airport spokesperson said: “Gatwick does not have plans for a three-runway airport.

“Our draft master plan, which was consulted on earlier this year, outlined that we continue to safeguard land identified for an additional runway by the previous government, as it has been since 2003, which is in the long-term national interest. As part of this, we made it clear that we will not actively pursue an additional new runway at Gatwick.

“We continue to be led by government policy around ‘Making best use of existing runways’ and therefore our draft master plan concentrates on how we could optimise our main runway and potentially bring our existing standby runway into routine use.”

More: Gatwick ‘seeks to raise capacity through use of emergency runway’ [Oct 18]