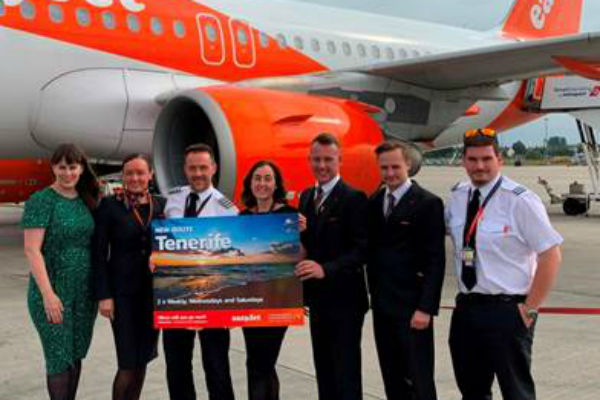 Tenerife is to be served by easyJet from Liverpool John Lennon airport this winter.

Flights will run twice a week from October 30 for the winter season. Fares start at £49.99 one-way.

Tenerife will be the UK budget carrier’s fifth new route from Liverpool in the past 12 months.

This will be the first time the airline will have operated flights to Tenerife from the airport, complementing existing flights to Lanzarote and Fuerteventura in the Canary Islands.

Liverpool airport aviation development director Paul Winfield said: “We are delighted to secure this latest new route to Tenerife from easyJet for the forthcoming winter.

“Holidaymakers from across the north-west and North Wales will be able to benefit from this new winter sun service.”