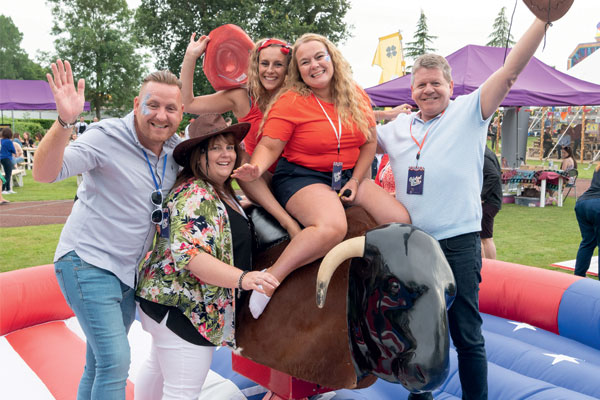 Global Travel agents ‘catch up’ in June after ‘slow start’ to the year.

A flurry in the lates market after a “slow first quarter” has helped Global Travel Group members trade healthily in a challenging year.

Chief executive Andy Stark said nearly half (47%) of all bookings currently being made were still for this summer, but many customers were also looking at autumn and 2020 travel.

“It’s a late market, a bit unusual,” he said. “No one is really buoyant or amazing, but we are level with last year. No one is significantly down or up. The wider marketplace is down – but we’re not seeing a fall.”

Stark said volumes for June were up 14% year on year, “some of which is catching up on a slow first quarter, and lots are lates”.

Cruise was 20% up year on year in June, he added, “even though some cruise lines say business is tough” and said members who had found a niche in the touring market had had success.

Stark also warned that family bookings are coming in late, but margins were “not significant”. He said domestic operators were 20% up this year. “Perhaps as more  people are taking shorter breaks and people are hanging on before booking another [overseas] holiday,” Stark suggested.

He said Brexit “is always there” but had not had a major impact on bookings.

Stark added “doom and gloom on the high street” in other sectors was an opportunity for Global homeworkers to move into retail premises.

“Availability on the high street is good for us,” he said. “Cafes and travel agencies have a great opportunity. Premises are cheaper and leases are not so long.

“But we need the government to support retailers on the high street with subsidies on rates and tax. It’s looking good for travel agents who are prepared to work out of hours and on weekends and go out to their community and have a good presence on the high street.”

The Global Travel Group has seen 11 businesses join since the end of November, taking its total number of members to 345.

He said Global had seen its membership swell both from experienced agents as well as people with no background in the industry because of its “easy-to-use” technology, which he said helps start-up agents “slot in”. “We do really well for start-ups, perhaps people having a mid-life career change, and bring them up and get them trading.”

Global has hired Max Bailey from Sykes Cottages as business support development manager to help agents grow their business. He will also be helping members introduce tools such as live chat.

The next Global Travel Group conference will take place in the Mexican resort of Cancun.

About 300 delegates are expected to attend the four-night event at Grand Palladium Costa Mujeres Resort & Spa from May 7, 2020.

Chief executive Andy Stark said the agenda, themes and speaker line-up would be shaped by feedback from members.

Mexico was chosen following feedback from members attending the consortium’s last conference, in Orlando in November 2018.

The Mexico event is expected to include 160-170 agents and feature pre and  post-conference fam trips. Stark said the Global Rocks festival-style events are held midway between its main conferences to offer members the chance to  network with fellow agents, and suppliers.

“Our consortium has a family feel; it’s a community, and members love networking in this social environment,” he said. “Events are important for members and for us to show our appreciation to suppliers.”