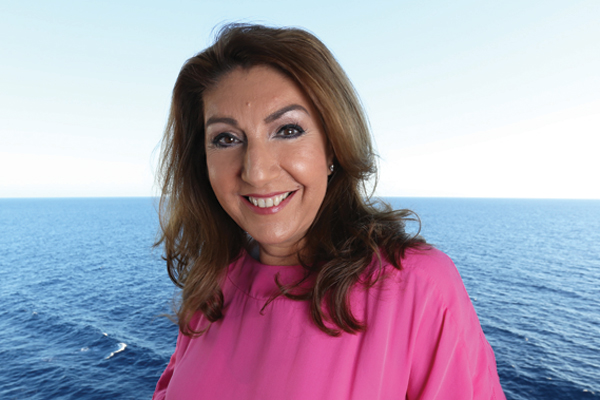 She is to front the Channel 5 series called Holidaying With Jane McDonald where she will trial holidays of a lifetime.

Celebrity guests will join her for parts of the programme which is due to be screened next year.

“I’ll be joined by some familiar faces as I travel the world, visiting lots of fabulous destinations and trying out what each resort has to offer.”

The new series has only just gone into production so few details have been disclosed.

McDonald tweeted: “I’m so excited to announce my new show ‘Holidaying with Jane McDonald’ – a classic holiday show with a modern twist!

Channel 5 said: “Holidaying with Jane McDonald is a return to the classic travel show rebooted for today’s armchair tourists.

“Doing for getaways what she’s done for cruising, Jane and a host of familiar faces will travel the world, visiting must see destinations and testing what each resort has to offer – it is the ultimate try before we buy.”

Her Cruising With Jane McDonald show has helped raise the profile of both ocean and river holidays for multiple seasons with the programme winning a BAFTA award for best feature in 2018. The sixth series was shown recently.