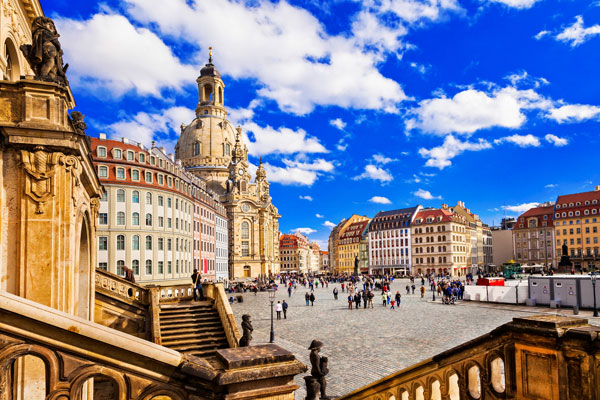 Catch the cultural highlights of this historic German city with Laura French’s guide.

Mention Dresden and images of a city flattened by the bombings of 1945 might well be the first that come to mind. But this city has changed dramatically over the past few decades. Today, its baroque churches, Renaissance palaces and elaborate galleries – many of them built under Augustus the Strong and reconstructed after the war – glitter with all their former glory, while a quirky culinary scene and a trendy, creative vibe lure young and old alike. Here’s how to spend 48 hours in the city. 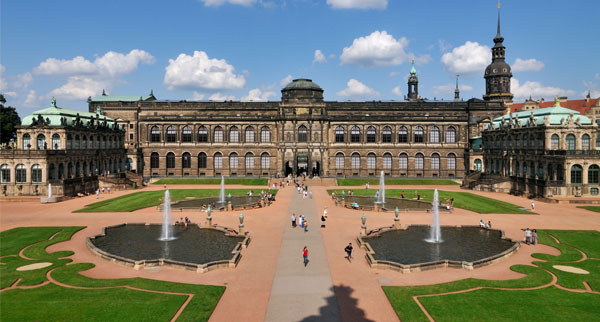 09.00: Kick off your cultural musings with a trip to the sprawling Zwinger palace. Originally built in the early 1700s to entertain the royals, this reconstructed, baroque-style masterpiece is an homage to all things ornate, with intricate statues, fountains and gardens decorating its verdant courtyard. Its crowning glory, the Old Masters Picture Gallery, houses works by Raphael, Rubens, Canaletto and Vermeer, while the Porcelain Collection showcases the delicate china creations for which Dresden is famous.

11.00: Next door you’ll find the rebuilt Residenzschloss, a 16th‑century palace where a succession of royals lived for almost 400 years. Its centrepiece is the Green Vault, founded under Augustus the Strong and now home to a vast collection of treasures, with rare pearl figurines and colourful, precious stones sparkling in glittering cabinets. Elsewhere in the palace you’ll find an art gallery, armoury museum and the Münzkabinett, which showcases nearly 300,000 coins and medals dating from antiquity to today.

13.30: Right next to that is the Fürstenzug (also known as the ‘Procession of Princes’), a 330‑foot long, porcelain-tiled mural stretching along an old city wall. Commissioned in 1870 and created by alchemist Johann Friedrich Böttger, it depicts the dukes, kings, artists and scientists who have shaped the region, and it’s one of the few parts of the city that wasn’t destroyed in the war.

14.00: Stop for lunch at Kurfürstenschänke, located just around the corner on the central Neumarkt Square. Tuck in to traditional regional dishes such as sauerbraten (roast beef in a deliciously sweet wine marinade) and Sächsische quarkkeulchen (Saxon pancakes), served in an atmospheric interior which dates back to 1708.

16.00: Elsewhere on Neumarkt Square you’ll find one of the city’s iconic landmarks – the Frauenkirche. This champagne-coloured, dome-topped behemoth of a church – originally constructed between 1726 and 1743 – sat in ruins until 2005, when it was finally rebuilt. It now boasts lavish, pastel-hued interiors and an elaborate, gold-splashed centrepiece, plus a viewing platform you can climb for views of the square below – think dolls-house-esque buildings set on shiny manicured cobbles.

19.00: When evening falls, it’s time to experience the jewel in Dresden’s crown – the Semperoper opera house: a magnificent, Renaissance-meets-baroque structure bedecked with extravagant chandeliers and Corinthian-style pillars. Composers such as Richard Wagner and Richard Strauss once premiered their works here, and today there are nightly performances spanning classical concerts, ballets and operas, with standing tickets available from as little as €10.

10.00: Head to the other side of the city to explore Neustadt, Dresden’s edgier, artsier district, set on the eastern bank of the Elbe and split into ‘Inner’ and ‘Outer’ areas. Start with a wander round the Inner part. Rebuilt after a fire in 1685, it’s now filled with leafy boulevards, baroque townhouses and atmospheric galleries. Highlights include Die Welt der DDR (The World of the GDR), an  intriguing collection of memorabilia about life in the former East Germany.

12.00: A 15-minute walk west takes you to Pfunds Molkerei, a porcelain-tiled dairy shop founded in 1880, which earnt a Guinness World Records listing in 1998 as the “world’s most beautiful milk shop”. Now it comprises a shop and cafe, with indulgent ice creams and cheesecakes complementing traditional specialities, plus porcelain wares available to buy. 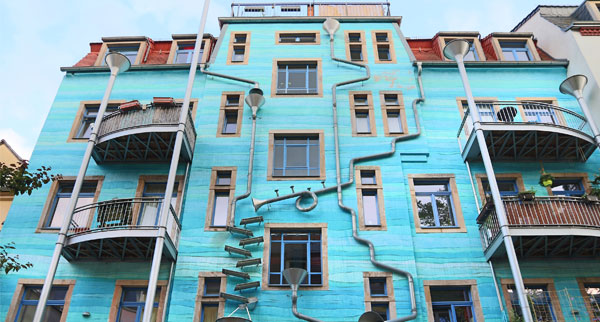 13.00: But it’s perhaps the Outer Neustadt that’s the biggest draw here, with trendy bars, restaurants and pubs luring a young, hipster crowd. At its heart is the Kunsthofpassage, a cobbled courtyard filled with quirky street art installations set on apartment buildings – the most outlandish of which is the ‘courtyard of elements’, where metal pipes snake down an aqua-blue wall and play music when rain falls. Stop for lunch at Lila Sosse, a popular spot with young locals, with modern, tapas-style dishes and salads served in artsy jars on outdoor tables.

14.00: For a bit of downtime, head to Dresden Elbe Valley, where you’ll find several miles of green meadows and landscaped gardens stretching along the north bank of the river. It was here that Italian painter Bernardo Bellotto, nephew of Canaletto, painted the iconic Dresden from the Right Bank of the River Elbe below the Augustus Bridge (displayed at the Old Masters Picture Gallery), and with sweeping views over the city, you’ll see straight away what inspired him. 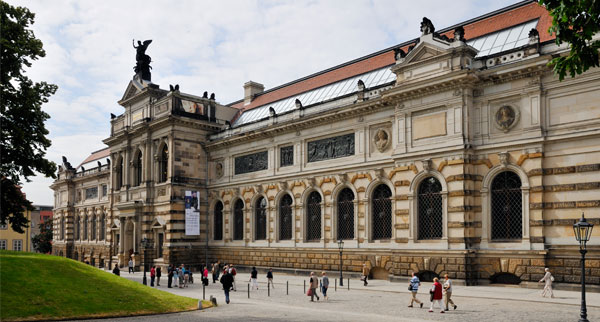 16.00: Venture back into the Old Town to finish your stay at one of Dresden’s cultural highlights, the Albertinum. Set in a former Renaissance armoury, this gallery now showcases sculptures and paintings from the 1800s through to the modern day. Exhibiting greats such as Van Gogh, Rodin, Karl Andres and Gerhard Richter, it provides a fascinating glimpse in to how perspectives changed before, during and after the two world wars, as well as under East Germany’s communist regime, and then after the reunification.

19.00: Round things off with a quirky dining experience at Dresden 1900. It’s all about history here, with dishes from the early 1900s set against a ‘new’ menu – think bratwurst and batzen (roast pork with bacon cabbage) versus carpaccio beef and mango-infused duck breast. It’s all set in historic surroundings, where the centrepiece is a restored railcar from 1898; a memorable way to end a culture-filled stay. 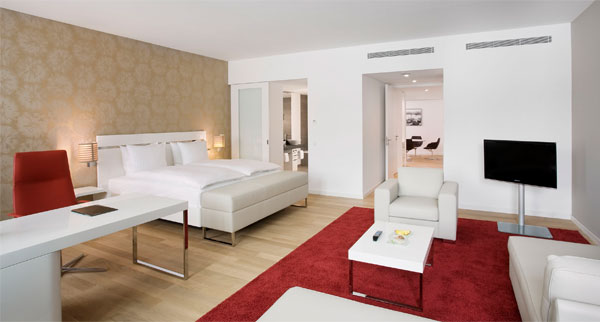 With a central location in the heart of the old town, this four-star Meliá hotel makes a good base for visitors wanting to explore the key sights – it’s right next to the Frauenkirche, and the Zwinger and Semperoper are a few minutes’ stroll away. Rooms are modern, with twofloor studios available on the upper floors (offering views over the old town), and there’s a simple restaurant, bar and spa with saunas, steam bath and fitness area.
melia.com

• Pillnitz Castle: A restored baroque masterpiece just outside the city, this elegant complex of palaces and gardens – once the summer residence of the royal court – makes for an idyllic day trip, with a paddlesteamer shuttling guests along the Elbe to reach it.

• Striezelmarkt: Germany’s oldest Christmas market descends on Dresden’s Altmarkt Square every December, bringing handicrafts and glühwein to the city – plus a giant stollen, paraded through the fairylit streets at an annual festival.

Kirker Holidays offers three nights at the five-star Kempinski Hotel Taschenbergpalais in Dresden from £586, based on two sharing, with breakfast, flights from Heathrow (regional departures available), return private car transfers and the services of a Kirker Concierge.
kirkerholidays.com

Exploring historic Toulouse in southern France
48 hours in Sibenik, Croatia
Where to see Bauhaus in Germany