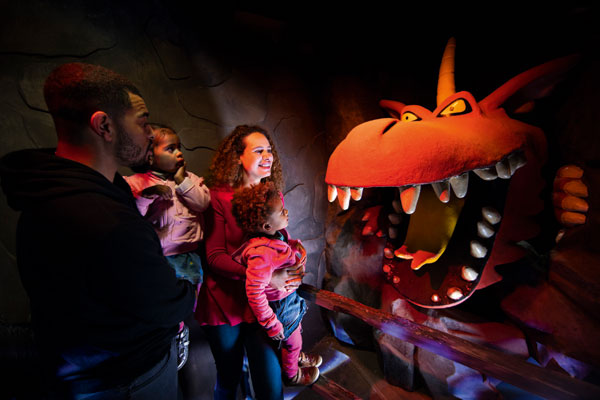 Chessington World of Adventures’ new magical journey will cast a spell over even the youngest of fans, finds Joanna Booth.

“Iggety, ziggety, zaggety, zoom!” Any parent who has read Julia Donaldson’s tale of a witch who just can’t stop inviting friends to ride on her broom will recognise this magic spell.

My three-year-old, Dexter, shouted the line with enthusiasm as we entered the new Room on the Broom experience at Chessington World of Adventures.

We crowded into an enchanted library, where a large cauldron steamed and bubbled, and an animation of the witch and her cat was projected onto a giant storybook. Then we cast our own magic spell to open a door to the witch’s magical world.

Walking down a series of dark corridors, we met the witch’s friends – the dog, the bird and the frog – one by one in a series of rooms, each with its own creatively designed set that children will recognise from the books. 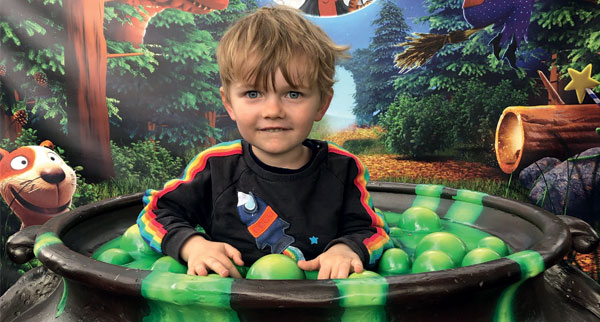 We jumped up and down to release the witch’s hat from a tree, searched for the bow from her plait in a haystack, and hit lighted fireflies to release the wand from a giant bullfrog.

Then we encountered the fire-breathing dragon who fancies “witch and chips” for tea – the only element of the experience that the very youngest children might find scary. Then the witch’s friends saved her life and the spell was cast, transforming the witch’s broken broomstick into a state-of-the art creation with seats for the whole gang.

This walk-through experience is sure to be a hit with even the very youngest fans. The park says it may not be suitable for under fours, but this feels over-cautious. At three and a half, Dexter enjoyed the interactive elements and just needed a hand to hold in the dark corridors.

The rest of the park has a host of toddler-friendly experiences, including a zoo, Sea Life aquarium, and a handful rides for pre-schoolers. Dexter loved the Adventure Tree carousel, the whirling Seastorm boats and the Gruffalo River Ride Adventure. The last, a boat ride on a lazy river, was so popular we had to do it four times in a row. The only way to avoid a fifth go was bribery from the well-stocked gift shop…