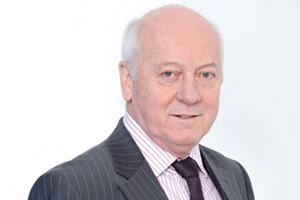 The airline association has said 20 airlines will be taking 20% of bookings via NDC technology by 2020. NDC is an IT standard designed to enable Amazon-style retailing of air fares and ancillaries by travel agents and travel management companies (TMCs).

Amadeus hits back at Iata over NDC

McLeod, who is president of the Scottish agents’ association (SPAA), told Travel Weekly there is “no way” Iata will hit its target.

“But it’s a mantra. Presumably they will drop it when we get there.

“There might be 20 airlines involved with NDC, but 20% of [booking] volume isn’t going to happen.”

McLeod related how, at a recent distribution conference, Iata asked ‘Has anyone booked an NDC fare?’ He said: “No one put their hand up.”

He explained: “The GDSs say they are 70% of the way there, but the remaining 30% is the most difficult and will take time.

“One GDS reckons it will reach 8% [of air bookings] via NDC globally by the end of the year. But you don’t know where that 8% is coming from. It could be through an airline’s own website.”

Another GDS, Sabre, has described 2019 as “the year of test and learn”.

“TMCs are frustrated by the lack of airline products and services. The corporates [companies using TMCs] are saying ‘we don’t care how you deliver, we just want access to content’. They are growing very impatient.”

Agents face a particular problem, he said: “Agents can’t plug in APIs [application programme interfaces] for 70 different airlines. A large number of agents don’t have the money for this. [Even] the big TMCs are having second thoughts about plugging in 70 airlines. They’re not giving up the GDSs. They need both.”

McLeod warned: “TMCs need to have a continual conversation with their corporate clients because the corporates are getting fed up.”

More: Amadeus hits back at Iata over NDC