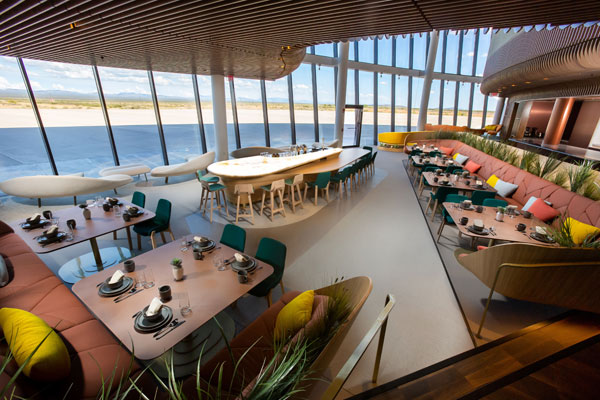 Virgin Galactic has released the first look inside its spaceport where the first tourist rocket planes will take off.

The company said the Gateway to Space building at Spaceport America in New Mexico is operationally functional and able to support Virgin Galactic’s flight requirements.

The first floor has an elevated, interactive digital walkway and will host the space operations team, customers and their family and friends before and after they travel.

Mission Control, the Mission Briefing Room, the Pilot Corps and the rest of the Flight Operations team are base don the second floor.

Virgin Galactic’s space fleet will be housed in the Gateway to Space hangar which can accommodate two carrier aircraft. 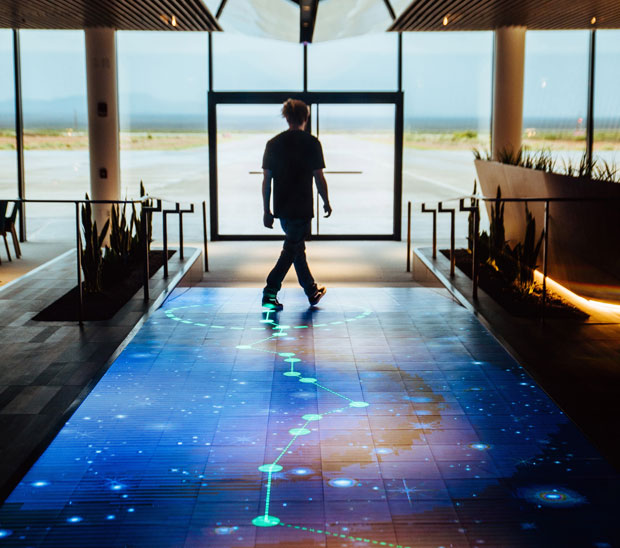