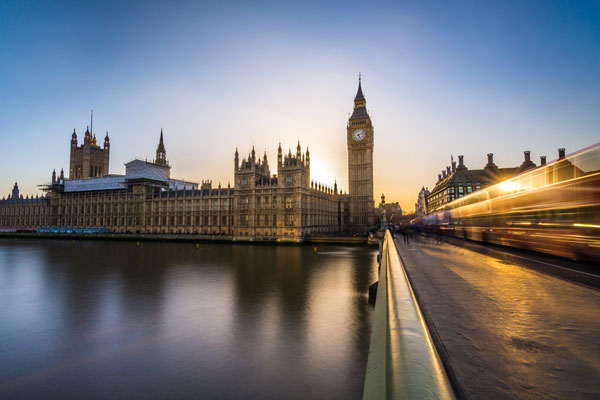 This week has finally brought a showdown on Brexit with MPs opposed to no deal seeking to prevent the possibility.

They intend to force prime minister Boris Johnson to ask the EU for a fresh delay to Britain’s October 31 leave date. Johnson says he won’t comply and will call an election instead, probably on October 14.

He hopes this might strengthen his case for a deal going into an EU Summit on October 17-18.

Johnson will need two-thirds of MPs to back his call for an election. Labour leader Jeremy Corbyn says ‘Bring it on’. But some, who knows how many, Labour MPs say they won’t vote for an election before October 31.

The prime minister ensured the confrontation would come as soon as MPs returned to Westminster this week when he acted to suspend Parliament from sometime the following week until mid-October.

That left MPs with possibly only four days to act.

A cross-party group agreed last week to seize control of the Commons’ agenda to pass a brief piece of legislation to block no deal on October 31.

They are guaranteed the support of Commons Speaker John Bercow – who chairs and adjudicates Commons business – in doing this.

But there may not be enough time to pull it off. Johnson’s suspension of Parliament, something he had previously insisted he would not do, somewhat pulled the rug from under his opponents.

A second option, preferred by the Labour leadership, was to move a vote of no confidence in the PM.

Tory MPs, Liberal Democrat leader Jo Swinson and many of Labour’s own MPs balk at backing Jeremy Corbyn to head even a temporary ‘national’ government.

That seems petty at such a moment but is symbolic of the entire process.

However, Johnson seemed ready to turn a legislative defeat into a vote of confidence anyway and call a snap general election – something he also previously insisted he would not do.

His first hope will be to intimidate enough ‘rebel’ Tory MPs into backing down for fear of losing their livelihoods as MPs. Johnson has threatened those who oppose him with expulsion from the Tory party.

If that fails, Johnson hopes to win an election by rallying the ‘Leave’ vote to him. This might just be enough to win against a divided opposition.

Johnson will struggle to win a parliamentary vote. He leads a minority government and ‘commands’ a majority of just one with the support of the Democratic Unionist Party of Northern Ireland.

Between 20 and 40 Tory MPs oppose no deal enough to have signalled in various ways that they could act against Johnson if left no other option.

In reality it’s unlikely this many Tories would rebel.

At the same time, some Labour MPs representing constituencies which voted Leave in the 2016 Brexit referendum could back Johnson – complicating the parliamentary arithmetic.

So it’s probable Johnson will lose the vote but not certain if enough Tory rebels choke at the prospect of destroying their political careers.

It is primarily their bluff Johnson is calling. They must now decide to bring down their own government and a prime minister popular with Tory party members (well, 92,000 of them).

Johnson’s suspension of parliament also served to signal to the EU that it may not be able to rely on UK MPs to stop no deal.

EU leaders might instead have to concede something if they wish to avoid that outcome.

Assuming Johnson loses and there is an election, Johnson would present the election as a contest of ‘people versus Parliament’.

Parliament’s suspension was greeted with outrage, and quite right. Recently deposed Chancellor Phillip Hammond called it “profoundly undemocratic”. Speaker of the Commons John Bercow declared it “an offence against the democratic process”.

And business newspaper the Financial Times insisted: “It is time for parliamentarians to bring down the government.”

This is extraordinary stuff.

The suspension did cut, perhaps by half, the time available for MPs to try to stop a no-deal Brexit.

However, Parliament would probably have been suspended from late in the week of September 9 until October 4 or 7 anyway, as it generally is for the main party conferences.

But whatever advantage Johnson sought to gain from the move was almost immediately undermined by the resignation of the Tory leader in Scotland, Ruth Davidson.

This puts at risk 13 Tory seats in Scotland which could prove decisive in a close election. It also enhanced the prospect of another vote on Scottish independence backing a break-up of the UK.

So what might happen? The weakness – perhaps fatal – of Johnson’s parliamentary opponents is that most want to keep Corbyn out of office at least as much as they want a Brexit deal.

This prevents them following the most obvious course of action – to bring down Johnson and invite Labour to form a government with the backing of all opponents of no deal.

Should Johnson survive the next few days, could there be a revised Brexit deal amid all the talk of leaving without one?

Certainly, there could – Johnson has little or no commitment to no deal whatever the views of some around him. On the contrary, he will be well-aware of the risks to his position outlined in leaked cabinet office papers.

These predict shortages of fuel, food and medicines, “a three-month meltdown at ports” with delays of up to two and a half days, “a hard border with Ireland” and protests that “require significant police resource”

The papers also note businesses are “largely unprepared”, with a senior Whitehall source confirming: “This is the most realistic assessment of what the public face with no deal.”

Johnson’s senior aide Dominic Cummings, who led the Vote Leave campaign in the 2016 referendum, has described Tory Eurosceptics as “a tumour”. Johnson no doubt feels the same.

On the day the PM announced the suspension of parliament, the Financial Times reported: “Johnson is to face down Conservative Eurosceptics by rejecting demands for a big Brexit renegotiation, telling EU leaders his only concern is to scrap the Irish border backstop.”

A deal, it suggested, could involve simply a “reduced need for checks at the border until a trade deal is agreed”.

The EU may have less difficulty with this than it appears amid the posturing on all sides.

If Johnson were to win a concession of sorts on the backstop, he would hail it as a ‘renegotiated’ deal and seek MPs’ backing for the existing Withdrawal Agreement.

But to get that he would need the support of Labour and maybe other MPs to defeat opposition by hard-line Eurosceptic Tories.

What does this mean for the travel sector?

The pound will bounce around – falling on prospects of no deal, rising on the opposite – heightening uncertainty and hitting the unhedged.

Demand for outbound and inbound travel from late October to Christmas must take a hit. Yet this summer will end with outbound numbers from the UK slightly up year on year.

Deal or no deal, flights between the UK and EU will operate from October 31 much as normal. But in the event of no deal, UK travellers should expect delays on arrival at many EU airports and Dover will face chaos.

On all else, time will tell. Meantime, it is quite a moment. Business as usual, anyone?