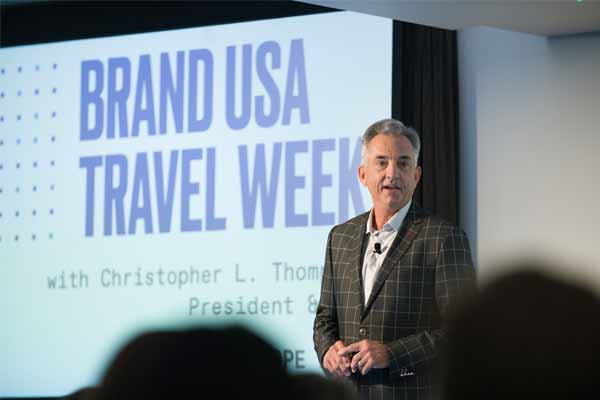 The market between the UK and the US is expected to be flat year-on-year, according to America’s brand marketing organisation.

Speaking at the inaugural Brand USA Travel Week in London, the organisation’s chief executive Chris Thompson said he was anticipating overall numbers to be in-line with last year but said that would still be an achievement with 2018’s 4.7 million figure representing a 4% increase on 2017.

“It’s fair to say it’s relatively flat and that’s not surprising,” he said. “But even a flat year is a good year and we’re not going to have sleepless nights over it.”

Thompson pointed to ongoing uncertainty around Brexit and currency as two of the barriers to booking, but said he was confident that intent to travel to the US remained undimmed.

“When particular places face challenges it doesn’t really affect intent but it does have an effect on (the immediate performance of) the market and Brexit is clearly occupying people’s minds,” he said.

“Some people (within the US industry) see the UK as an established market but we still see tremendous room for growth and that is why we continue to invest heavily here.”

Thompson said a key focus for Brand USA was improving airline load factors, with a relatively small improvement in loads equating to significant commercial benefits for the US.

He added: “New services will always be a conversation on a local level between carriers and destinations, but we all have the potential to be part of a conversation to drive intent and work on that unused capacity.”