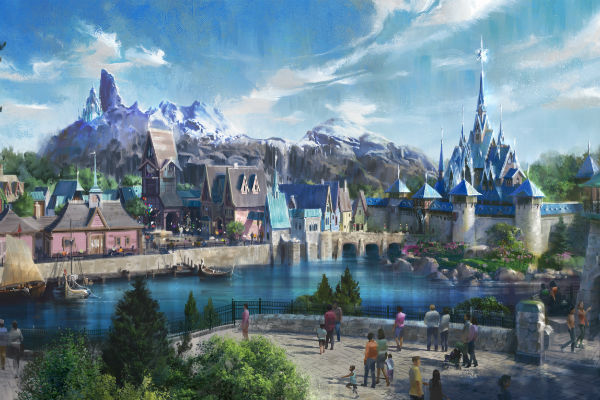 Disneyland Paris has announced it will open a new Frozen-themed area at its Walt Disney Studios park.

At the park’s inaugural Disneyland Paris Media Expo, the resort teased that the area will open “in the coming years”.

The ‘immersive’ land will feature the snow-capped mountains of Arendelle featured in the film and it will also include an attraction which Disney says will take guests “to the centre of the Kingdom”.

The area, which is part of a multi-year expansion, will include character encounters, a new restaurant, and a shop which the resort says will “secure a permanent presence of this beloved franchise at Disneyland Paris”.

The event will run from January 11 to May 3, 2020 and will include a new parade four times a day and park-exclusive Frozen-themed food, drinks and souvenirs.

A new musical experience called Frozen: A Musical Invitation will also open in the park on November 17, inviting guests to sing and dance with the characters from the hit animation.