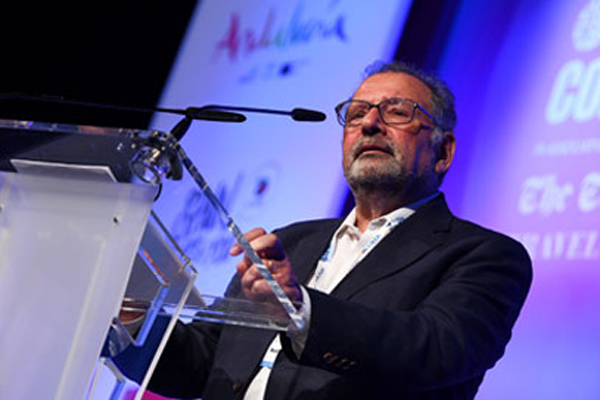 One half is highly regulated while the online-only half is free to trade as it wishes, says Sunvil chairman Noel Josephides

Yes, customers will be inconvenienced as a result of Thomas Cook’s failure. The consumer press makes the repatriation sound more like the Dunkirk evacuation, but we shouldn’t forget that it is an inconvenience,  not a life-threatening situation.

Those who booked with a tour operator that abides by the Package Travel Regulations need not worry. This is when the traditional industry excels – in looking after our clients, in providing a human voice at the end of a phone and knowledgeable representatives at the airport.

Comment: The travel sector is not a level playing field

As a tour operator, it’s the staff I feel for, and the staff of companies linked to Thomas Cook – the hoteliers who won’t be paid, operators who paid for seats well in advance, tour operators that sold to Thomas Cook and Freedom retailers and who were told, even pre-collapse, that payments had been frozen. No doubt countless suppliers that provided credit are set to suffer.

So why did Thomas Cook fail? Many pundits claim the traditional package is dead and Thomas Cook failed to adjust. If so, why are Tui and Jet2 still flourishing in spite of the difficulties in a very tough market, hampered by Brexit?

Over the years, the top echelons at Thomas Cook have made poor decisions – linking with the Co-op retail branches was one. There is no doubt the company has been badly managed. The current tough trading conditions sounded its death knell.

Many other factors, including the weather and natural disasters, have also played a part.

When the Department for Transport’s Airline Insolvency Review was published, after Monarch’s collapse, I wagered (correctly) that the government would do nothing because the airline lobby is too powerful. We again have the situation where flight-only bookings won’t be covered by the Atol scheme, but passengers will be repatriated free of charge, with the taxpayer again footing the bill because legislators move so slowly.

Why is the Atol system a legal requirement for some, while client protection is ignored by others?

Our traditional industry is suffering – to a great extent because government legislators don’t act decisively. This, in part, also prompted Thomas Cook’s collapse. The unregulated sector of the industry is thriving, and government has scarcely begun to ponder how to manage it.

We are an industry divided, one part highly regulated and the other – the online-only half – free to trade as it wishes.

With the government seeming not ready to control airline capacity or the unregulated internet platforms that dominate the industry, resort overcrowding and harmful emissions are set to grow, with the traditional half of travel about to suffer more unless the government wakes up and levels the playing field.

How about Boris Johnson and chancellor Sajid Javid swapping things around and offering the traditional industry some years of recovery with little or no taxation, while the online sector pays up?

Comment: The travel sector is not a level playing field