Thomas Cook employed 9,000 staff in the UK, including 4,000 travel agents, who were left jobless when the business went into liquidation.

One hundred travel businesses and recruitment firms came forward with vacancies on Travel Weekly’s dedicated jobs directory set up in the wake of the failure.

• Hays Travel has taken on 50 Cook agents across its retail network and is in talks with the Department for Education about taking on as many of Cook’s apprentices as possible.

• Barrhead Travel has interviewed more than 50 former Thomas Cook retail staff since last Monday and made more than 20 job offers.

• Midcounties Co-operative Travel has recruited 20 ex-Thomas Cook retail staff in its travel branches and expects that number to grow over the coming weeks.

• Althams Travel has taken on 10 former Cook retail staff despite not having any vacancies. Managing director Sandra McAllister said: “It seemed the right thing to do to help in any way we could. Qualified staff are hard to come by when you are looking to recruit, so we decided to offer up to a dozen staff employment.” Althams has more than 30 stores in Lancashire and Yorkshire.

• Tui held a recruitment event for office-based roles at its Luton head office and said it would be attending recruitment fairs in Peterborough and Manchester this week for Cook staff.

• Miniples Miles Morgan Travel and Tailormade Travel have taken on nine Cook staff between them.Tailormade Travel, which has 18 branches in South Wales, has recruited six Cook agents, while Miles Morgan Travel is “looking at a number of new retail shops”, having already recruited three former Cook agents and arranged interviews with around 20 others.

• Virgin Holidays is interviewing a number of redundant Cook agents for sales advisor roles in its customer centre and planning interviews across its retail estate.

• Meanwhile, Jet2.com and Jet2holidays have received “hundreds” of applications for flight deck, cabin crew, engineering and ground operations jobs following a roadshow held by the company in Manchester for ex-Cook staff.

• The Advantage Travel Partnership is in talks with a number of former Thomas Cook branch managers interested in setting up their own agencies. It is understood some ex-Cook managers hope to buy the leases of the agencies they were working in to set up their own independent agencies under the consortium’s Advantage Managed Services division.

Althams Travel in Ilkley has employed Steven Walker as a sales consultant after he lost his job as assistant manager in the town’s Thomas Cook branch.

Walker had spend eight years at Cook and prior to that been a police officer for 30 years.

After visiting the Job Centre on Monday, Walker went straight to the Ikley branch of Althams Travel to ask about work.

After emailing the manager and being given an interview, he was recruited and started in his new job at 9am last Thursday. Walker is well known in the town, with a number of residents on social media describing him as an asset.

“I’ve joined a great team,” says Walker. “Everyone has been really supportive. Customers have been coming in to see me and people have been saying nice things on Facebook.” 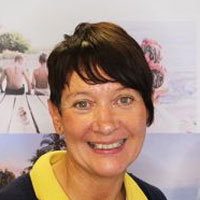 Not Just Travel has offered employment to the entire staff team at the former Thomas Cook store in Poole, Dorset, with the first recruit, Paula Barker, starting this week.

Barker had worked for Thomas Cook for 22 years and held roles as store manager and customer manager. She is joining Not Just Travel’s staff team at the head office.

Barker said: “Our team [at Cook] was so close-knit. I’ve got a mortgage and bills to pay, so to be lucky enough to immediately step into new employment with Not Just Travel is amazing.”