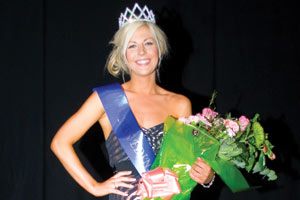 A Thomas Cook agent-turned-beauty queen has teamed up with a Scottish politician to fight a new £1 drop-off charge at Edinburgh airport.

Fiona Dickie, who was crowned Miss Edinburgh earlier this year, was contacted by Lothians MSP Gavin Brown in the hope she could help fight the ‘kiss and fly’ charge, which will be implemented in October.

Brown set up a petition at dropoffripoff.com and asked Dickie to use her influence to generate signatures.

Dickie joined Brown and other volunteers in her sash and crown on the streets of Edinburgh to drum up support. The petition has attracted 5,600 signatures so far.

She said: “The travel industry has faced some of the toughest challenges imaginable this year with the likes of the ash cloud, strikes and company failures. The last thing we need is another hurdle to overcome.”

Brown has called on airport operator BAA to reverse the decision and lodged a parliamentary motion stating the airport operator failed to consult widely enough with passengers, and that public transport was simply not an option for the elderly and young families.

He said: “Many of my constituents are deeply unhappy about BAA’s decision to charge drivers £1 to simply drop someone off at the airport.”