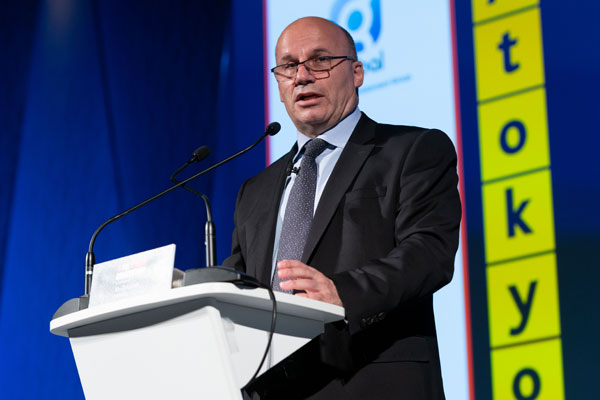 The boss of Abta said the government made the right decision not to step in and save Thomas Cook.

Chief executive Mark Tanzer said the speed at which Thomas Cook “unravelled” suggested the £200 million lifeline the business sought from the public purse would not have lasted long enough to save it.

Responding to questions from delegates at this year’s Travel Convention in Tokyo, Tanzer said: “The government was right not to (bail out Thomas Cook). If you do it with Thomas Cook why not to it for all companies?

“The speed at which Cook did unravel suggests even £200 million wouldn’t have lasted very long, so it was probably the right decision.”

Asked if Abta and the industry should bear some of the responsibility for Cook’s demise, Tanzer said: “Individual companies need to make commercial decisions about the companies they deal with and if you look at the balance sheet of any business you can see exactly what it is and decide how much business you want to do with it and how much credit you want to extend.

“The stories about Cook’s financial state were not a secret.

“I don’t think it’s for the industry or for Abta as a body to take on whether a company should be allowed to trade or not, I think the industry needs to be very aware of people they are doing business with.”

Tanzer said the association would resist any increase to APC as a result of the failure.

“Certainly the failure of Thomas Cook has made a big dent in the air travel trust fund. When you go back to the insurance market there’s likely going to be higher premiums.

“The levy was £1 then went to £2.50 and we would very much resist it changing beyond that.”

Asked if the fund could be rebuilt on the existing fee, Tanzer said: “Yes I think it can. There aren’t many companies on the scale of Thomas Cook so it doesn’t take long to get back to a fund that is capable of dealing with normal size failures.”

He said in the short-term the industry would “regroup and realign itself”, adding: “There won’t be people lacking to try and take the £9.5bn of sales that Thomas Cook had. There will be a lot of competition for that.”