From the seafront to the street food, the city has plenty to lure, says Katie McGonagle.

These icons of indigenous history tell the story of the First Nations people long before they adopted a written language, with each image symbolising a different part of the tale. Take time to read up on each explanation for a better understanding of the area’s past, then take a stroll or hop on a bike for a cycle around the park’s 5.5-mile seawall, the longest uninterrupted seafront walk in the world. 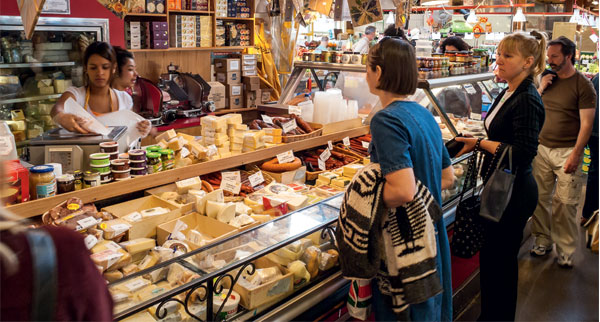 Forget cheesy craft markets – this is where Vancouverites comes to eat, drink, shop and have fun. Take the short boat ride to Granville Island and you’ll find an enormous warehouse packed with stalls stacked high with towering rainbow cakes, exquisitely finished desserts, hand-crafted chocolates and tempting arrays of cheese sourced from local producers. Stop for artisan coffee – or something stronger – in between tastings. Do Something Different has a Granville Island Market Tour from £55.

Dine out at… Japadog

Ever wondered what happens when you cross a hot dog with seaweed, miso or Kobe beef? No? Well you’re about to find out anyway, because this chain of street-food stands has become a Vancouver institution, with carts all over the city including the ‘original’ on the corner of Burrard and Smithe. Once you’ve had enough of hot dogs, save some room for comfort food extraordinaire at the Flying Pig in Gastown, the locals’ favourite haunt.

Tourism might be one of Vancouver’s biggest industries, but film and TV production is a big earner too, earning it the nickname Hollywood North. CW shows such as Arrow, Riverdale and Supergirl are filmed here, along with Scooby Doo 2, Skyscraper and the Deadpool movies, which feature local boy Ryan Reynolds, who hails from upmarket area Kitsilano. If you pass by Vancouver Art Gallery, take a moment to see whether you recognise its grand steps, a frequent stand-in for courthouses and town halls on a host of TV shows. 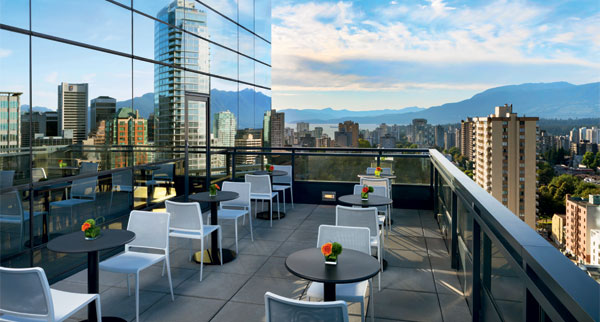 This towering skyscraper might feel a bit corporate at first, but as soon as you get to your room, open the curtains and gaze out over the sweep of English Bay, looking down on the assorted office blocks that dot the downtown district, you’ll see why it comes recommended. It’s just a short walk from Stanley Park, Yaletown and other city highlights, plus the spacious rooms and enormous beds offer a comfortable spot to catch up on sleep after a long flight.

Where to go next… Vancouver Island

Once you’ve gadded about in Gastown, seen the ornate arch at the entrance to Chinatown, enjoyed the view from Prospect Point and admired the engineering marvel of the Capilano Suspension Bridge, Vancouver is a good jumping-off point for other adventures. Hop on the Rocky Mountaineer’s First Passage to the West, embark on a cruise along the Alaskan coast, or take the ferry over to Vancouver Island, where the youthful energy of Vancouver gives way to the genteel English-influenced vibe of British Columbian capital Victoria. Get out and about, though, and you’ll find this island has enough whale-watching, wilderness, snow-topped mountains and soft-sand beaches to satisfy your inner adventurer.