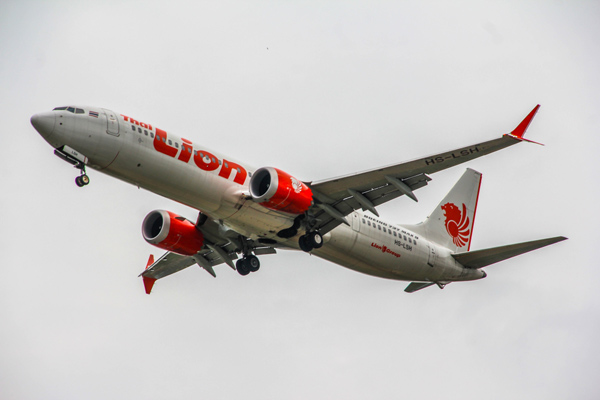 Closer scrutiny of Boeing 737 Max automated control systems and a better design of flight deck alerts have been recommended by Indonesian authorities.

An advance copy of a final report into the crash of the Lion Air 737 Max that crashed last October killing all 189 people on board was obtained by The Seattle Times.

An Ethiopian Airlinesd 737 Max crashed less than five months after the Lion Air disaster, leading to a global grounding of the new generation aircraft.

Indonesian investigators on Wednesday told families of the victims that a mix of factors contributed to the crash, including mechanical and design issues and a lack of documentation about how systems would behave.

“Deficiencies” in the flight crew’s communication and manual control of the aircraft contributed to the crash, as did alerts and distractions in the cockpit, according to slides presented to the families.

The final report said the first officer was unfamiliar with procedures and had shown issues handling the aircraft during training, according to The Seattle Times.

When the aircraft encountered airspeed reading problems after take-off, the first officer had to be asked twice by the captain to perform the checklist and it took him four minutes to find it in the quick reference handbook, the newspaper said.

The report also found that a critical sensor providing data to an anti-stall system had been miscalibrated by a repair shop in Florida and that there were strong indications that it was not tested during installation by Lion Air maintenance staff.

The airline should have grounded the aircraft following faults on earlier flights, the report said, adding that 31 pages were missing from the airline’s October maintenance logs.

Indonesian regulators recommended a redesign of the anti-stall system known as MCAS that automatically pushed the plane’s nose down, leaving pilots fighting for control.

Boeing has already said it would remake the system and provide more information about it in pilot manuals.

Boeing said it was “addressing” the recommendations from Indonesia’s National Transportation Safety Committee.

CEO Dennis Muilenburg said: “We are addressing the KNKT’s safety recommendations, and taking actions to enhance the safety of the 737 Max to prevent the flight control conditions that occurred in this accident from ever happening again.”

He said: “Over the past several months Boeing has been making changes to the 737 Max.

“Most significantly, Boeing has redesigned the way Angle of Attack (AoA) sensors work with a feature of the flight control software known as Manoeuvreing Characteristics Augmentation System (MCAS).

“Going forward, MCAS will compare information from both AoA sensors before activating, adding a new layer of protection.

“In addition, MCAS will now only turn on if both AoA sensors agree, will only activate once in response to erroneous AOA and will always be subject to a maximum limit that can be overridden with the control column.

“These software changes will prevent the flight control conditions that occurred in this accident from ever happening again.”

He added: “Boeing is updating crew manuals and pilot training, designed to ensure every pilot has all of the information they need to fly the 737 Max safely.”

Lion Air has not yet commented.