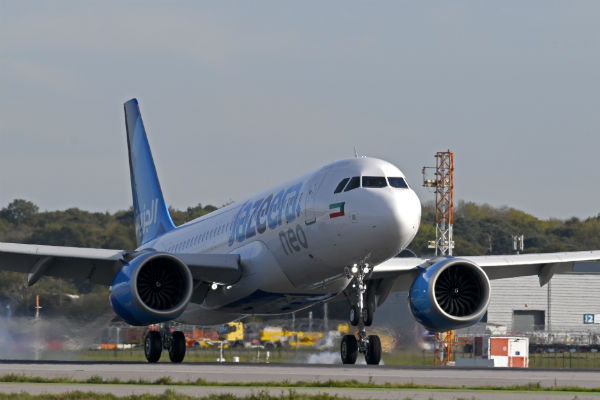 The first Middle East low cost carrier to fly from the UK has started flights between Gatwick and Kuwait.

The Jazeera Airways fares start at £299 return on the first new service between the UK and Kuwait for 55 years.

The airline is offering connections at a dedicated terminal at Kuwait airport onward to destinations such as Dubai, Bahrain, Jeddah, Doha and Delhi.

The airline is deploying an Airbus A320neo in a three-class configuration on the London route – claimed to be the longest to be operated by the aircraft type.

The service started on Sunday with four flights a week, rising to a daily frequency in December.

The airline is cutting 40% off business class fares to give a return to Kuwait of £590 as a launch offer.

CEO Rohit Ramachandran said: “UK travellers will have more choice and greater value than ever before when travelling to the Middle East and beyond.

“For 15 years, Jazeera Airways has provided excellent service and low fares to customers from across the Middle East and beyond, and we’re thrilled to be bringing this to the UK for the first time.

“We are proud to be the first airline in over 50 years to offer a new service between Kuwait and the UK, helping to reinforce the strong bonds between the two nations that is marked this year by the 120th anniversary of the Kuwaiti-British Treaty of Friendship.”