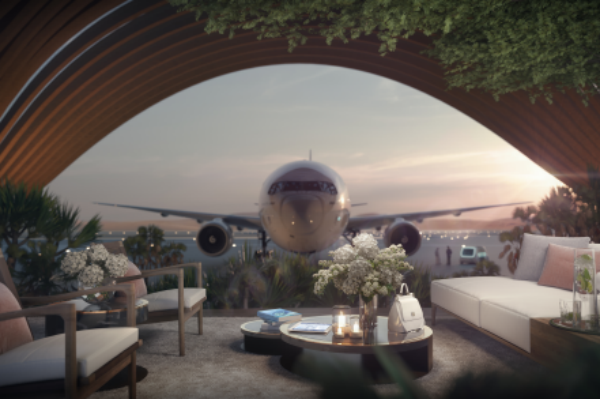 The design contract has been awarded for a new international airport on the Saudi Arabian Red Sea coast.

Due for completion in 2022, the airport will serve an estimated one million tourists a year with a peak of 900 international and domestic passengers per hour by 2030.

The first phase of the Red Sea Project development will also include up to 14 hotels offering 3,000 rooms across five islands and two inland sites.

The destination is expected to feature up to 8,000 hotel rooms across 22 islands and six inland sites upon completion in just over a decade.

The annual number of visitors will be carefully managed to avoid over-tourism, according to the Riyadh-based developers.

The airport contract went to design and engineering firm Fosters + Partners after a competitive tender organised by The Red Sea Development Company.

Foster + Partners designed the terminal at Stansted and is involved in the design of a number of airport projects around the world including Mexico City, Kuwait and Panama.

The firm’s head of studio Gerard Evenden said: “The Red Sea airport has been envisaged as a gateway to one of the most unique resorts in the world and an integral part of the visitor experience.

“Inspired by the colours and textures of the desert landscape, the design seeks to create a calm and luxurious journey through the terminal and will become a transit hub for visitors coming in by both land and air.”

The Red Sea Development Company CEO John Pagano said: “Awarding the contract for the design of our airport is an important milestone and the first of the underlying infrastructure projects of the destination.”