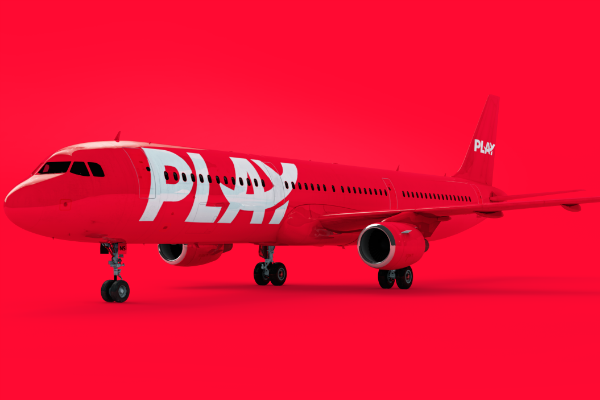 A new budget airline called Play is set to emerge from the ashes of Icelandic carrier Wow Air.

Destinations and flight schedules have yet to be announced but Play will start serving points in Europe first followed by North America in spring 2020.

The start-up plans to operate an initial fleet of six Airbus A321 aircraft, rising to ten within three years.

Backers of the successor airline and its regulatory certification have not been disclosed although local reports suggest Play has been working on securing an air operator’s certificate from Icelandic authorities for more than three months.

Tickets are due to go on sale this month via the airline’s play.com website.

“Prices may vary depending on dates and destinations,” the airline said. “Play aims to offer the best prices whenever possible.

“Sales start in November and a thousand tickets will be given away to mark the occasion.”

The airline has started a recruitment drive for pilots and cabin crew to be based in Keflavik, with the first group to start in December.