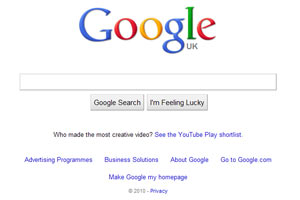 On Holiday Group boss Steve Endacott has pledged to continue his fight with Google after the search engine’s lawyers made further demands over OHG’s Google Bypass system.

Endacott said Google had now asked OHG brand Holiday Nights to write to all its customers informing them that they may be considered agents of the company in promoting the Google Bypass name.

Google is said to have added that Holiday Nights customers should cease from using the Google Bypass name and should remove any reference to it from their Facebook and Twitter accounts.

The scheme was set up in August with the intention of allowing users to easily upload deals, sent to them by email, to social media sites such as Facebook and Twitter, thereby enabling them to avoid expensive marketing costs.

Customers then receive £25 for each deal booked, the sum that OHG estimates it is currently spending on online marketing per sale.

Rebecca Shipstone, Holiday Nights’ head of online sales, said the company would not back down to the threats, adding: “This is massive Big Brother over-reaction from Google and clearly shows that they are worried about their users finding out how much of their holiday money Google is taking.

“We have already agreed to change the brand to G-Bypass and have no intention of bothering our customers with such rubbish.”

Endacott added: “The term Google Bypass was only ever used in the emails sent to customers to explain the reason why we could afford to pay them £25 per booking.

“We have clearly hit a very sensitive nerve here, as Google seem determined to threaten everybody in sight with legal letters until they remove the Google Bypass scheme from the face of the internet.

“Perhaps they would be better to talk to their travel clients to find out why we think Google is poor value for money and needs to be bypassed.”