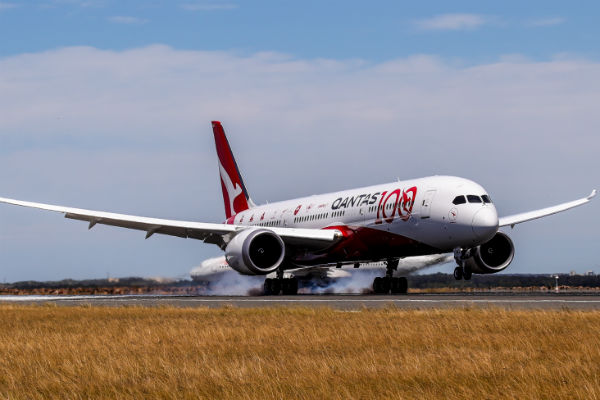 Qantas has completed a trial non-stop London to Sydney flight in 19 hours and 19 minutes.

The direct flight with 53 people on board reduced total travel time by around two hours compared with current one-stop services from Heathrow to the east coast of Australia.

The service was flown by a new Boeing 787 Dreamliner as the second of three research flights aim at improving crew and passenger wellbeing on ultra long-haul services being considered following a New York to Sydney service.

Remaining fuel upon landing from London – flying across 11 countries – was approximately 6,300kg which translates to about 1 hour 45 minutes of flight time, according to the Australian flag carrier.

It was only the second time any commercial airline has flown the route non-stop, after Qantas operated a near-empty Boeing 747-400 in 1989.

The Dreamliner non-stop test flight is part of the airline’s Project Sunrise initiative which includes a non-stop London to Perth service.

The London-Sydney flight touched down ahead of Qantas preparing for its centenary as the airline turns 99 years old tomorrow (Saturday).

The new Dreamliner was met by more than 1,000 Qantas employees to kick off 12 months of celebrations, including special livery on a new Dreamliner featuring every Qantas logo since 1920.

Qantas Group CEO Alan Joyce said: “We want our centenary to be a celebration of those stories as well as how we’ll be part of taking the spirit of Australia further in the years ahead.”