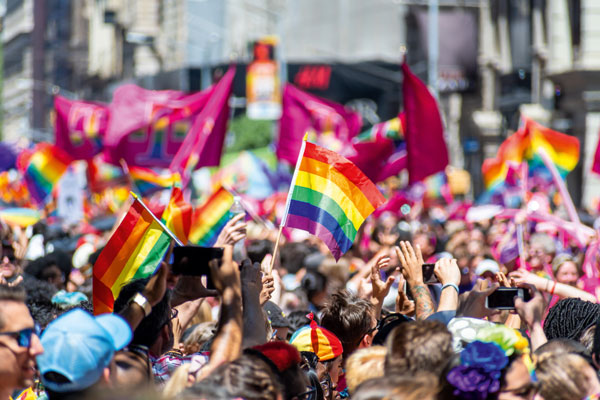 New York hosted WorldPride 2019 in a bid to cement its status as the top LGBTQ+ destination in the US. Ben Ireland went back to where it all began.

Fifty years ago, a group of gay rights activists rose up against the discrimination they had suffered at the hands of the New York Police Department, whose officers had been ordered to clamp down on the community in the liberal Greenwich Village area. The Stonewall uprising is widely considered the start of the modern LGBTQ+ rights movement.

Half a century on from the groundbreaking revolt, true equality is still being fought for, so where better to learn about the history of the movement, whether you’re L, G, B, T, Q or otherwise? 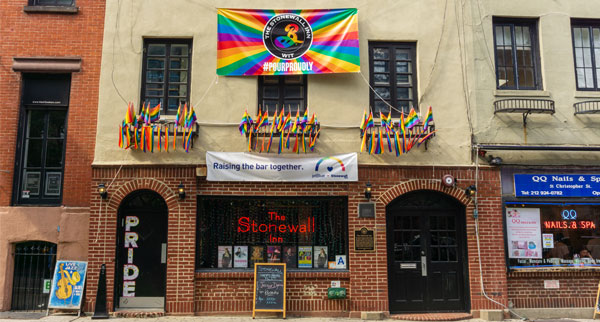 There are many walking routes in the Manhattan metropolis, but Oscar Wilde Tours offers an insightful window into the history of Greenwich Village. Led by professor Andrew Lear, a friend of Stephen Fry – which wasn’t just name-dropping, Fry actually rang during the tour – the walk begins at the site of the uprising, The Stonewall Inn. Lear explains that before homosexuality was legalised in New York in 1980, it was widely accepted in many bars – most notably, in New York’s oldest gay bar, Julius’. Many were run by the Mafia, who saw the commercial opportunity of catering to the community.

Yet other establishments would display signs with slogans like: ‘If you are gay, please stay away’. “At that time, bars feared they would lose their liquor licence if they sold to homosexuals,” says Lear. “The police believed that if you served homosexuals drink, that would lead to disorderly behaviour.”

Greenwich Village responded with ‘sip-in’ protests by activists – including at Julius’ in 1966 – while some bars gave regular LGBTQ+ customers free drinks in support. Other notable spots on the tour include Eve’s Hangout, New York’s “go-to lesbian bar in the 1920s”, which had a sign reading ‘men admitted, but not welcome’.

But the Greenwich walk is more than a whistle-stop tour of famous bars. It visits the former home of Eleanor Roosevelt and explains the area’s links to other LGBTQ+ allies such as Mae West, Judy Garland, EE Cummings, Mark Twain, Emma Lazarus and Marlon Brando. Guests will see famous busking hotspot Washington Square where Bob Dylan was talent-spotted, and finish outside Café Society in Sheridan Square, where the first Pride march began in 1970.

Lear says Café Society was once dubbed “a place for men with long hair, women with short hair and people who don’t know who they are”. The LGBTQ+ community has come a long way from such stereotypes, and Greenwich Village has been at the forefront of it all.