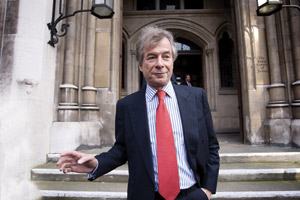 The travel trade backed calls for a government rethink on airport security after Martin Broughton, chairman of British Airways, this week labelled many security checks ‘redundant’.

Speaking at the Airport Operators’ Association conference in London, Broughton said many checks, including requiring travellers to take their shoes off and the separate inspection of laptops, were unnecessary.

He blamed the additional checks on US security services’ demands, even though they do not enforce them on their own internal flights.

Broughton said there was no need to ‘kowtow to the Americans every time they want something done’, adding: “America does not do internally a lot of the things they demand that we do. We shouldn’t stand for that.

“We should say ‘we’ll only do things which we consider to be essential and that you Americans also consider essential’.”

Brian Potter, chairman of the Scottish Passenger Agents’ Association, said: “There’s no consistency of security between airports, and the general public is pretty fed up.

“We should have our own security processes in this country and not just do what the Americans want.”

His comments were supported by Derek Moore, chairman of Aito, who added: “The problem with the checks they have is, whether they are needed or not, flying is now becoming quite a stressful and time-consuming experience.”

However, Russell Craig, Manchester airport’s group head of external communications, said the UK’s airports had little choice but to accept the demands made by overseas destinations.

He said: “It is very difficult for us to say we kowtow to the Americans. If we were to say to the airlines that we were not going to carry out the checks [required of them] then they would simply take their business elsewhere.”

An Abta spokeswoman said: “We want consistency globally with airport security as it causes less confusion when you’re travelling across the world. Customers do appreciate increased security and it is necessary for confidence in flying, and reducing it may be counter-productive.”

The trade was less supportive of UK transport secretary Philip Hammond’s confirmation at the same conference on Monday that the government would not reverse its policy of opposing runway expansion at Heathrow, Gatwick and Stansted.

Announcing a new review of UK aviation policy, he said runway expansion was the only issue not on the table.

He admitted this was unpopular with both the business world and the travel industry, but said it was due to environmental considerations and that the government would work to ensure airports were ‘better not bigger’.

“I hope we can draw a line under the decision we have taken on runways and work together to map out how best to secure the future of the sector within the constraints that we have accepted,” he added.

“While that decision marks the closure of a chapter in the aviation debate, it can also mark the beginning of an important new one.”

However, Potter said the SPAA remained resolutely behind the need for expansion of one of London’s airports.

“Without extra runways we’ll definitely remain uncompetitive with Paris, Frankfurt and Madrid; all we’re doing is sending business to other countries,” he said.

A spokeswoman for British Airways said the airline was resigned to the government’s stance over airport expansion. She said BA was instead awaiting the government’s promised review of air space in the southeast.