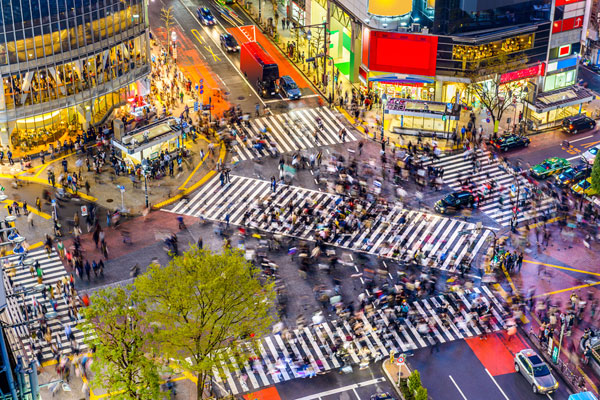 This year’s Abta Travel Convention venue of Tokyo is today tipped as the top destination for Europeans to visit in 2020 amid continuing demand for long-haul travel.

Analysis of consumer booking data by online travel firm eDreams ODIGEO shows the Japanese capital riding high on the back of hosting the Rugby World Cup.

The OTA reported a 90% surge in bookings, with levels from the UK doubling in October and November due to the rugby tournament. Meanwhile, flight bookings from the competing nations as a whole grew by 38% year-on-year.

That trend is set to continue as Tokyo hosts the Olympic Games between July 24 and August 9 next year, with the official ticket website opening for booking from the spring.

UK visitors to Tokyo are expected to increase three-fold next year, with UK holidaymakers currently recording the highest increase in bookings to visit the Japanese city in 2020.

The news follows the Japan National Tourism Organisation’s commitment to attract 40 million inbound tourists a year by 2020 and 60 million by 2030.

Pablo Caspers, chief travel officer of eDreams ODIGEO,said: “Tourists from the UK are currently recording the highest increase in bookings to visit Tokyo next year.

“This is despite the Japanese yen being among a number of Far Eastern currencies against which sterling has fallen significantly.

“Furthermore, it is promising to see that consumers from the UK will continue their appetite for long-haul destinations next year, despite Brexit uncertainty.”

The island was ranked the most likely destination for UK tourists to visit in 2020.

The Caribbean cities of Fort-de-France in Martinique and Pointe-à-Pitre in Guadeloupe registered a 71% and 62% annual increase in bookings respectively from European consumers who are set to travel next year.

Porto was ranked as Europe’s fifth most popular destination, with the Portuguese city’s wine, food and culture driving 2020 bookings up by 51%.

Other top places Europeans are set to visit include Dakar in Senegal, Miami, Lanzarote, Bangkok and Amsterdam.