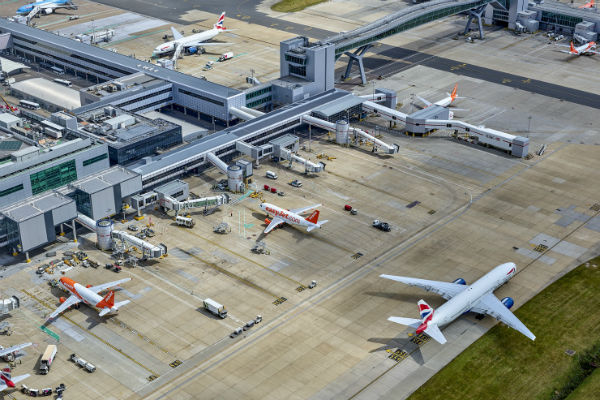 Gatwick saw a marginal rise in summer half-year profits and passenger numbers despite the collapse of Thomas Cook.

Around one in five passengers are now travelling to a long-haul destination, with the airport offering more than 60 routes worldwide.

New routes to Brazil and Argentina contributed to a 2.3% year-on-year uplift in long-haul flying – or 107,340 passengers.

Overall passenger numbers rose by 56,803 in the six months to September 30 to reach 26.6 million while air transport movements declined by 335 to 156,500 due to the use of larger aircraft.

Short-haul growth of 0.8% or 149,635 passengers was reported, with routes to eastern Europe helped by Wizz Air adding daily flights to Budapest, Gdandsk and Cluj.

The airport saw growth to southern Europe of 200,000 passengers.

Gatwick CEO Stewart Wingate said: “As the UK enters an important new chapter on the global stage, new links created to key markets such as South America will play a crucial role in the country’s economy and national identity.

“While we were saddened by the recent collapse of Thomas Cook, we are confident in our future prospects and look forward to easyJet and other airlines using these slots going forward.”

He added: “A growing Gatwick means a thriving region and as the airport continues to be transformed under its new ownership – from new global connections, to improved transport links, new jobs and business opportunities – the ripple effect will be felt across all corners of our region.”

Gatwick said it continues to adapt its preparation plans in light of Brexit developments and is monitoring the effects on the UK economy.

“Over the last six months, the forward outlook of UK GDP has further declined, with expectations for 2019 and 2020 now around 1.3% and 1% respectively year-on-year growth.

“The combination of this economic climate and the uncertainty around the Brexit transition has resulted in some softening in UK outbound passenger demand.

“Gatwick however remains well-insulated. In the short-term, sterling currency depreciation against the euro means that London continues to attract more inbound European travel due to its relative affordability compared to almost three years ago.

“In the medium and long term, passenger demand in the London system remains strong.”