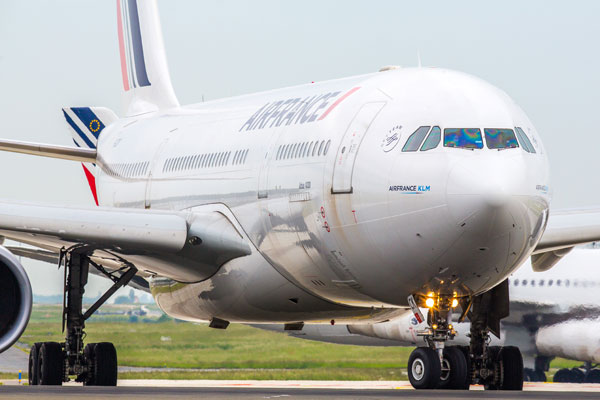 Strike action across France from today has led to hundreds of flights being cancelled.

Travel disruption is expected until Saturday including flights, trains, ferries and public transport.

Eurostar is running a reduced timetable until December 10 due to disruption to signalling along all routes with almost 100 services reportedly cancelled.

The high speed Channel Tunnel passenger service warned of “major disruption” to Metro and regional rail services in Paris and connecting trains to all destinations within France.

Three unions representing ground crew at Air France are among those to have joined the national strike in a dispute over state pension reforms along with some air traffic controllers.

Around 30% of Air France short-haul flights are cancelled today but all airlines expected to be affected.

Airlines have been ordered to reduce their flights schedules to and from Paris CDG, Paris Orly, Lyon, Marseille, Toulouse and Bordeaux airports.

EasyJet said: “We have been advised of a national strike in France starting on Thursday, through to Saturday.

“Some air traffic control staff are joining the strike action and therefore like all airlines, our flights to and from French airports, as well as those flying in French airspace, could be affected.

“We expect that there will be delays and cancellations due to the industrial action, therefore we advise all customers to check the status of their flight on our flight tracker either on our mobile app or website.

“Please also be aware that public transport services will be affected by the strike. We recommend all customers allow plenty of extra time to get to the airport and consider alternative transport options where possible.”

Air France said only 70% of domestic flights would operate on Thursday and 85% of medium-haul services. The airline expects to run all long-haul flights.

“Our teams are fully mobilisded and will do their utmost to assist and minimise the impact of this industrial action.

“Disruptions are also possible for 6 and 7 December, and our flight program will be adjusted the day before, following DGAC [French Civil Aviation Authority] recommendations.”

The Foreign and Commonwealth Office updated its travel advice on the basis of “significant industrial action” expected across France from today for an unspecified duration.

“This will primarily affect transport and public services, with cancellations and severe delays to train, metro, bus and tram services expected,” the FCO said.

“Disruption and cancellations to Eurostar services between London St Pancras and Gare du Nord are expected.

“Other international rail services such as those to the Netherlands, Belgium, Italy and Germany may also be affected.

“Industrial action at ports may cause delays and cancellations to some cross-Channel ferry services. You should check the website of your chosen operator before you set off.

“Industrial action by hauliers on some major roads may also cause delays or blockages. Strike action by Air France workers and air traffic controllers may also cause disruption to air travel. You should check services before travelling.

“Wider demonstrations are also planned across France, including a large authorised demonstration in central Paris on Thursday, leaving from the Gare du Nord at 2pm and finishing at Nation.

“Additional protests may also be held linked to the yellow vest (gilets jaunes) movement. In all cases, you should avoid demonstrations wherever possible and follow the advice of the local authorities.”