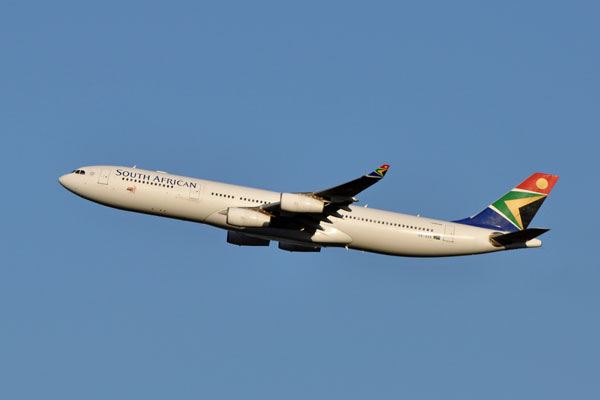 South African Airways is to be placed into a form of bankruptcy protection following a “sudden deterioration” in its financial position.

The airline’s board of directors voted to place the company into a “business rescue” on Thursday as it attempts to attract an equity partner.

The South African government plans to bring in a business rescue practitioner to take charge of SAA and “perform the function of operating the airline with the assistance of management”.

The state will also pump in an additional 2 billion rand in an effort to avoid a “disorderly collapse”.

It agreed to a near 6% pay rise after cabin crew and metalworkers’ unions backed a week-long walk out.

The airline said it planned to operate a “new provisional timetable” and would “publish details shortly”.

A statement from the airline said: “South African Airways (SAA) is today in a position to announce that the board of directors of SAA has adopted a resolution to place the company into business rescue at the earliest opportunity.

“As previously announced, the SAA board of directors and the executive committee have been in consultations with the shareholder, the Department of Public Enterprises (DPE), in an effort to find a solution to our company’s well-documented financial challenges.

“SAA understands that this decision presents many challenges and uncertainties for its staff. The company will engage in targeted communication and support for all employee groups at this difficult time.

“SAA will endeavour to operate a new provisional timetable and will publish details shortly. The company greatly appreciates the continued support of both its customers and partners in the travel industry around the world.

“It is important to point out that services operated by SAA’s subsidiary airline, Mango, will continue as usual and as scheduled.”

The South African public enterprises ministry said: “This decision is supported by government. This is the optimal mechanism to restore confidence in SAA, help to restructure and reposition the entity into one that is stronger, more sustainable and able to grow and attract an equity partner.

“Our desire is that the restructured airline will mark the beginning of a new era in South African aviation and must be able to bring in millions more tourists into SA; help create more jobs in tourism and related sectors of the economy.

“We thank the South African public, customers and suppliers of SAA for their understanding and patience during this difficult time.”

The FCO updated its travel advice to South Africa on Thursday in light of the announcement.

It stated: “South African Airways is undergoing a business rescue process which may lead to changes to their timetable. Check with your airline or tour operator before travelling.”