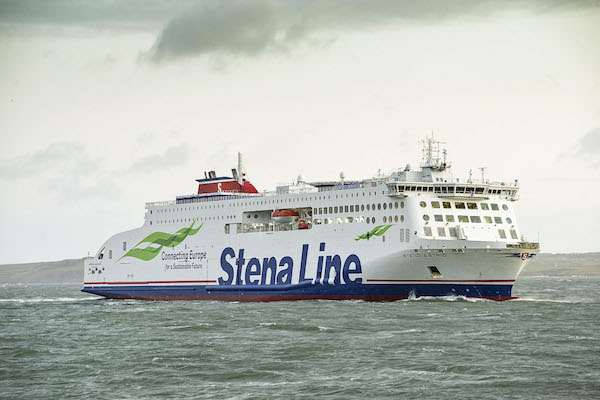 New Stena Line ferry Stena Estrid arrived in Holyhead on Monday after a five-week delivery voyage from a shipyard in China.

The vessel will undergo final preparations before entering service on the Holyhead to Dublin route in mid-January.

The ferry travelled 10,000 miles from the AVIC Weihai shipyard in north-west China via Singapore, Sri Lanka, Suez Canal, Mediterranean and Bay of Biscay.

Stena Estrid has capacity to carry 120 cars and 1,000 passengers, plus freight.

A further two new ferries are to be deployed on the Irish Sea with Stena Edda expected to sail from Liverpool to Belfast next spring and Stena Embla introduced on the same route in early 2021.

Stena Estrid senior master Matthew Lynch said: “After six years of planning and construction, and five weeks of sailing around the world, it’s hard to believe that we’re finally here in Holyhead.

“I’ve worked on passenger vessels for 24 years – seven on cruise ships and 17 on ferries – and this ship really is revolution not evolution.”