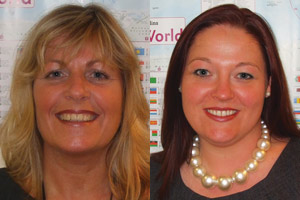 A travel agent in Chester has said she is determined to remain in business after a fire destroyed her premises last week.

Gaynor Davies, one of two founding directors of Freedom Travel Group member Chester Travel Connection was devastated after the Chester Enterprise Centre, where it was based, was destroyed in the early hours of Thursday last week.

Having set up temporarily in her home nearby, Davies praised the support she has received from fellow agents, suppliers and customers.

“We are determined to carry on,” she told Travel Weekly, “we have a passion for travel, that’s why we set up in the first place.

“We have been bombarded by people asking what they can do to help, and our reps have been brilliant.”

Rival agents even offered space in their premises and access to viewdata, but Davies said as an independent business it could not accept the help.

She and fellow director Karen Cioma-Park set up Chester Travel Connection 14 months ago after they were made redundant from Deva Travel, the agency run by Chester-based ITC Classics.

The explosion, which is still under investigation, destroyed all 60 businesses in the enterprise centre.

Davies has been told there is little chance of salvaging anything from her premises.

Chester Travel Connection was on the verge of expanding after taking on a third employee, also from Deva Travel, and eyeing a move into the city centre.

“We’re happy to work from home for a few weeks until we can find the right premises. It will cost us more, but we might have to move into the city centre a little earlier than we had planned,” said Davies.