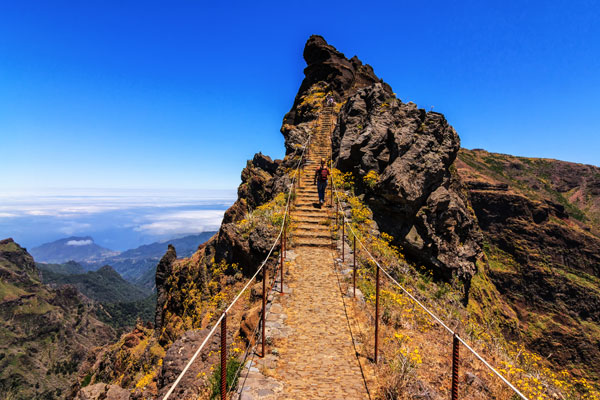 Add a bit of excitement to a winter-sun escape in Madeira, says Deborah Cicurel.

Squeezing my eyes shut, I grip the seatbelt and try not to scream as we plummet forward. My stomach drops as we pick up speed, and the unmistakable, rollercoaster-induced surge of adrenaline courses through my veins as we hurtle down a steep path.

However, I’m not on a rollercoaster – rather in the back of a 4×4 vehicle, driving along a very normal road. Well, normal for Madeira.

I’ve come to this verdant island, with its undulating roads, dramatic scenery and sweeping views, in need of some winter sun and island relaxation, and found more of both than I’d bargained for.

“Our morning is crammed with stunning views and insights from our guide, Marcos, into everything from horticulture to history.”

Top of the morning

I’d woken at 6am feeling bleary-eyed, but the exhilaration of driving these winding streets in the dark proved more revitalising than any espresso.

The early start is all part of the fun on a tour with Discovery Island Madeira (€35 for a half-day tour), which kicks off with a drive to see sunrise from Pico do Areeiro, Madeira’s third‑highest peak and the highest you can reach by car.

At the peak, which soars over 1,800 metres above sea level, we sit on rocks that jut out from the craggy mountain and watch as the sun slowly rises over the sea, pushing its way through clouds and creating mesmerising orange hues.

“There’s also a pitstop in the charming village of Santana with its traditional thatched cottages.”

Our morning is crammed with stunning views and insights from our guide, Marcos, into everything from horticulture to history. We drive through the plantations of agricultural village Faial as Marcos tests my knowledge of what fruit and vegetables really look like before they hit the supermarkets (spoiler: it’s a lot harder than you’d think). We spot everything from sweet potatoes, figs and avocados to pomegranates, guavas and cherries. A special mention is given to fennel, the namesake of Funchal: when the Portuguese first landed on the island, there was an abundance of fennel, or funcho, around the bay. 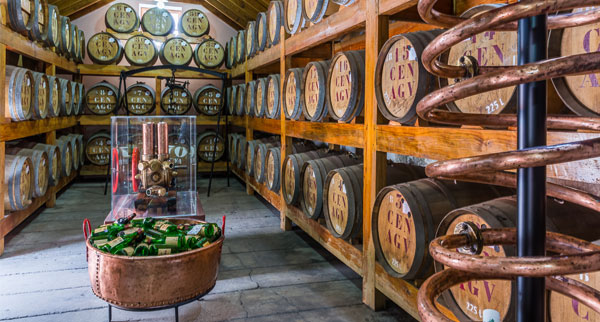 There’s also a pitstop in the charming village of Santana with its traditional thatched cottages. Many have been converted to shops where you can buy Madeiran souvenirs, such as the surprisingly intoxicating drink Poncha, and you can also take a short tour of a traditional Santana house.

If the promise of Poncha isn’t enough, the tour also stops in Porto da Cruz, at Engenhos do Norte rum distillery, still equipped with 19th-century machinery. Clients can learn the history of the sugar cane trade in Madeira and sip rum, and if it all goes to their heads, a quiet black-sand beach is just a minute away.

There’s also a chance to do the short Vereda dos Balcoes levada walk, and enjoy views of the north and south of the island simultaneously from the Ponta do Rosto Viewpoint.

Madeira has adventure in abundance, with trail running, canyoning and mountain biking in those vertiginous cliffs all taken up by braver – and fitter – folk than me. However, for those more at home in restaurants and spas, a safe introduction to Madeira’s active side is a levada walk.

Levadas are open-air irrigation canals built by Madeira’s first settlers to transport water across the island, running more than 900 miles around mountains and hillsides. They’re not just functional, they’re also a huge attraction for visitors.

“Madeira has adventure in abundance, with trail running, canyoning and mountain biking.”

With more than 200 levadas of varying degrees of difficulty, the walks not only offset those glasses of Poncha, but also offer a view into Madeira’s rich natural world. 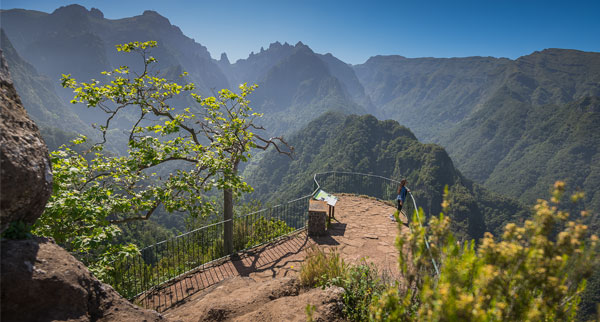 Our challenge is the Levada do Rei, a four-hour walk through the pristine, Unesco-protected Laurisilva forest. It’s almost mystical, with laurel trees shrouded in fog and the calming trickle of the levada adding a soothing air to the journey.

Along the way, our guide, Fabio from Adventure Kingdom, points out lily of the valley, passion fruit, mint, banana and endemic plant species that we’d surely have missed without him. At the end, we stop to catch our breath at a picturesque creek, Ribeiro Bonito, surrounded by soaring trees and lush greenery as far and high as the eye can see.

The levada walk is a pleasant surprise: it turns out Madeira’s quintessential experience isn’t reserved for marathon runners but can be conquered by those of us who don’t even have a pair of hiking boots.

What to do in Funchal

• Monte toboggan: These wicker-and-wood sleds date from the 19th century, when they were a speedy way to get from Monte village to the city of Funchal, zooming down a mile of winding streets with only the driver’s boots as brakes.

• Cable car: Get up to Monte via the cable car, Teleférico da Madeira, which offers panoramic views across the bay and island. Once there, stroll around Madeira Botanical Gardens, where thousands of exotic plants burst with colour.

• Local crafts: Marvel at the intricate embroidery in the Bordal Bordados da Madeira factory, then join a workshop to make a handkerchief. 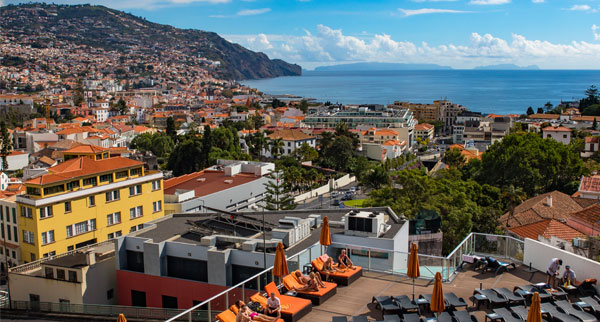 Stay at the Four Views Baía hotel for clean, spacious rooms, a superb breakfast buffet and stunning panoramas over the Bay of Funchal. Rooms from €130 in low season.
fourviewshotels.com

British Airways flies from Gatwick to Funchal from £89 return. Clients can also fly direct with easyJet or Jet2. com, or via Lisbon with Tap Air Portugal. Find out more at visitmadeira.pt