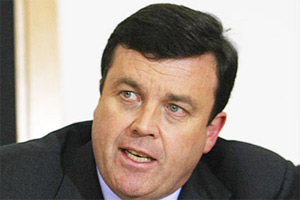 The government is being urged to slash Air Passenger Duty after the Irish finance minister announced a 70% cut in aviation tax in an effort to support tourism.

Ireland’s finance minister Brian Lenihan said: “There have been calls for the abolition of the tax which is blamed for the reduction in our visitor numbers.

“Having examined the issue in detail, I have decided to introduce a single revised rate of air travel tax of €3 to come into effect on 1 March 2011.

“In conjunction with this initiative, the Dublin Airport Authority is prepared to introduce an incentive scheme for 2011, to provide, subject to certain conditions, a full rebate of airport charges for any additional traffic above the current levels.”

Heathrow policy director Nigel Milton responded by saying: “The Irish recognise that aviation is fundamental to their recovery and this is very much something ministers in the UK need to take note of.

“We must stop treating air travel as if it’s a luxury we can do without and appreciate the very real contribution it makes to the economy.

“David Cameron is doing great work in building business ties with China and India but the UK currently has the highest aviation taxes in the world.

“The government needs to ensure we are not making ourselves uncompetitive with punitive tax measures that will damage us in the long-term.”